Saturday 9th and Sunday 10th October afforded the first chance for the public to view the three trams of the Southampton Tram Project in their new home at the Solent Sky Museum since they moved there in August 2020. A Model Tram Exhibition took place at the museum with the doors of the new restoration base of the group also thrown open to allow interested parties to view recent progress on the trams.

The Southampton Tram Project are the owners of three trams – two from the city and one from a little bit further afield. Southampton 11 – a domed roof double-decker – is the most advanced restoration wise and is joined by Southampton 38 (a similar tram to Crich’s no. 45) and Lisbon 715 (originally purchased for spare parts but now retained as its condition was far better than expected).

Although currently sat on wooden blocks in the new workshop, 11 does have a truck and it is planned that shortly the motors will be dried out and worked on to allow it to be united with the body of 11. While there are currently no plans for operating the tram it is hoped that a short section of track will be constructed leading from the workshop into the yard outside in the not too distant future.

As you will see below the body of 38 is at a much earlier stage of restoration and although it appears not much has been done a lot of the wood has been replaced in the frame of the body and is in a better condition that it initially appears. There is a truck for 38 which is stored elsewhere in the museum at the moment. 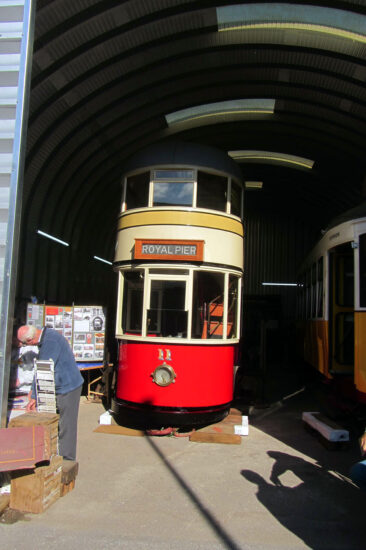 Southampton 11 – with Lisbon 715 just seen to the right – at the front of the Southampton Tram Project workshop. 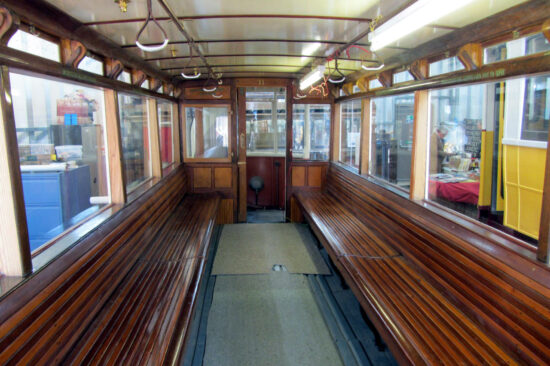 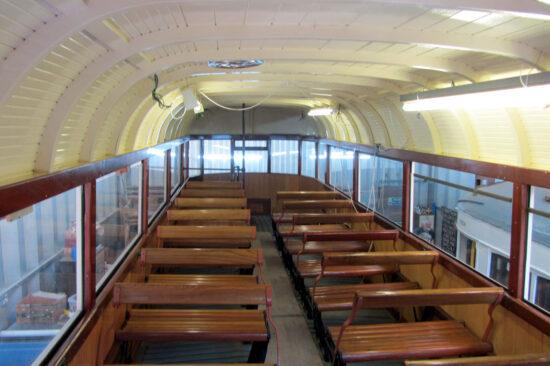 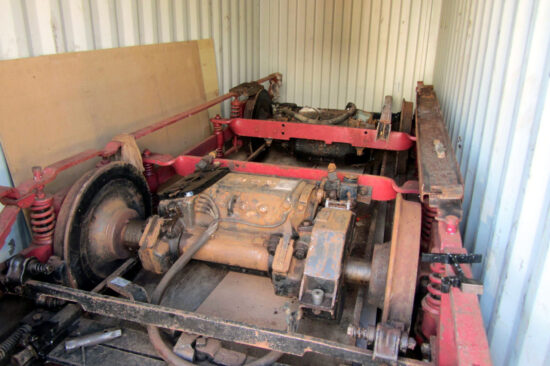 A truck of 11 was constructed at Eastleigh railway works a number of years ago and the motors now need to be dried out before it can be rolled under the tram. 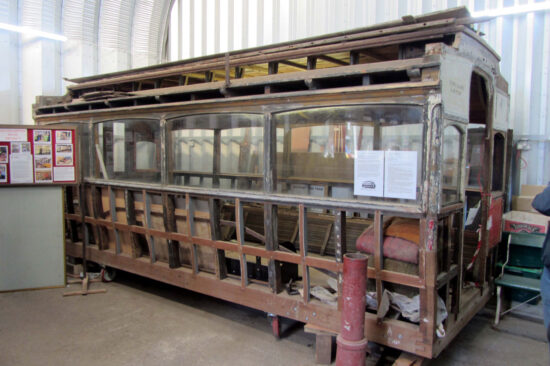 At the rear of the workshop is Southampton 38. Although it doesn’t look in the best condition new wood has been added to the frame of the tram recently. 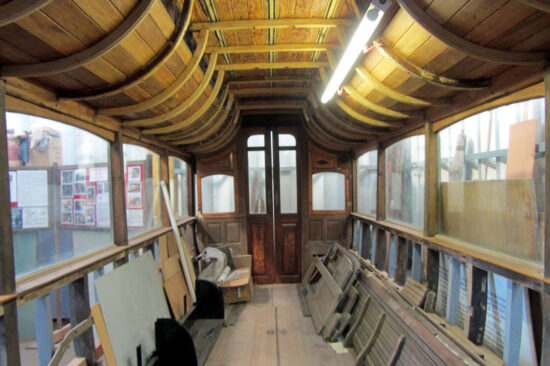 The lower saloon of 38 with various parts being temporarily stored. 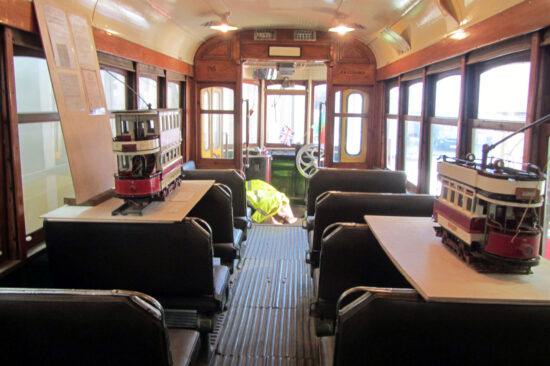 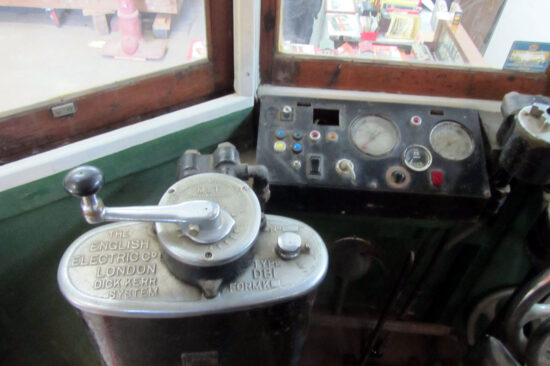