Around the World in Trams: Amsterdam 896

Posted on Saturday 18 September 2021 by Gareth Prior

We stay in Amsterdam for this latest edition of “Around the World in Trams”.

Taken during April 1983 this photo was taken at Centraal Station and shows 896 and trailer running a service on line 4. Originally built in 1949 (when numbered 496) the 3 axle motor car was renumbered to 896 in 1968 and would be withdrawn in the very month that this photo was taken. After withdrawal the tram made its way to a former shipyard where it was converted into use as an artists studio. Sadly while there it was destroyed by fire in 2017. 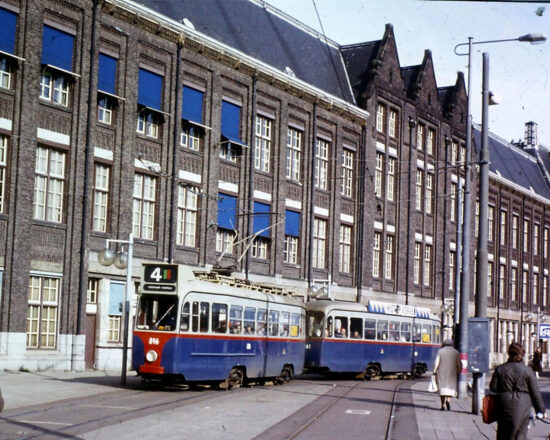