Posted on Wednesday 30 June 2021 by Gareth Prior

We’ve been building up to this day for the past few weeks but Wednesday 30th June has seen the first track being laid at the former Wilko’s site in Blackpool as the time that we can all enjoy a tram ride to and from Blackpool North Railway Station draws ever closer! Tony Armitage captured the images of the first track being installed.

Since the old Wilko’s building started to be demolished during late 2020 we have featured the progress of the work on a regular basis and given plenty of updates as to what is happening. Since the old building was demolished at the tail end of last year there has been much work ongoing in preparing the site for its new purpose which will see not only a new tram terminus (and associated trackwork) but also a hotel and restaurant complex as well. With the framework of the first building having also recently started to go up attention has now turned to laying the track with the concrete track base having been put down over the past week. 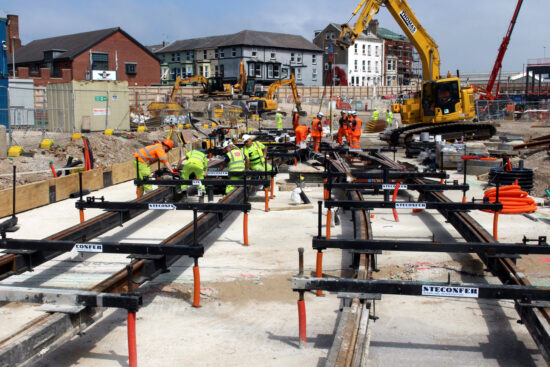 Ta-da! Track going down at Wilko’s with the Steconfer track gauges in place to check everything is in order. Notice that as well as the plain track in the foreground that around where the group of workmen in orange are is a scissors crossover being installed. 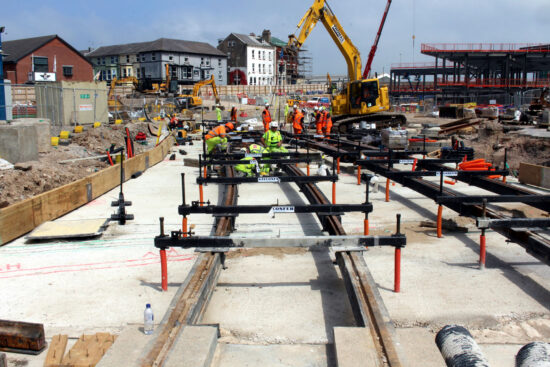 Another view looking towards the eventual end of the line. More track is just being lifted into place in the distance. 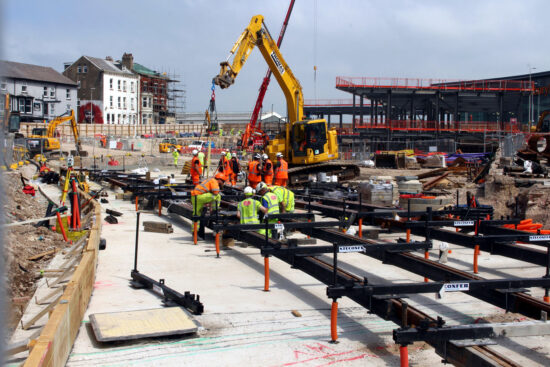 One further look at the track installation work with two groups of contractors involved in laying the rails. It may just be a little bit of track and there is still a fair bit of work to be done before trams will start running but it is a major step towards that day. (Photographs x3 by Tony Armitage, 30th June 2021) 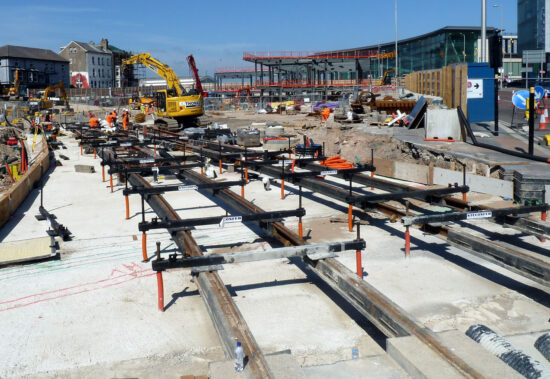 Another look at the ongoing track laying with attention here being given to the scissors crossover. (Photograph x1 by Peter Dockerty, 30th June 2021)

3 Responses to In Pictures: First track laid at Wilko’s