It doesn’t usually take long after new trams are spotted out on mileage accumulation for them to enter service and so it has proven to be the case on Manchester Metrolink again with 3124 becoming the 124th M5000 to carry passengers. The tram was allocated to the Ashton-under-Lyne to Eccles service on Wednesday 26th May.

3124 had been delivered to Manchester’s Queens Road Depot on Tuesday 30th March (the unusual non-Saturday delivery slot!) and was first seen outside of the depot on mileage accumulation on Friday 21st May. It then ran in service for the first time on Wednesday 26th May 2021 – just less than two months since it first arrived in the UK.

3125 – which was also out on mileage accumulation on 21st May – has yet to have been reported in service but will presumably not be too long in carrying its first passengers. The only other new M5000 in Manchester yet to run in service is 3126 which only arrived on 22nd May. A further 22 trams are due to be delivered over the coming months. 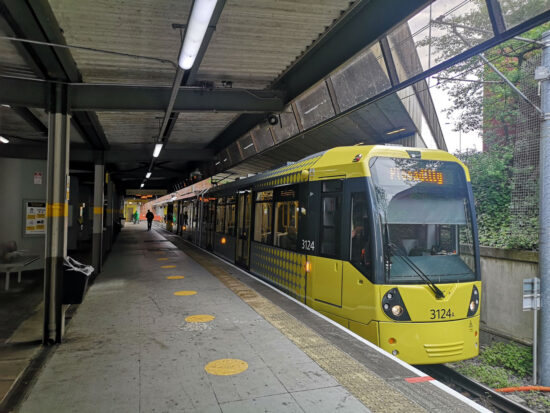