Whatever Happened To? Crich Tramathon 2005 – Blackpool 167

Today “Whatever Happened To?” continues its look at those trams which operated during the Crich Tramway Village Tramathon on 12th June 2005 and this time we have reached Blackpool 167.

Not entering service at Crich until 1985 (following restoration in Bolton thanks to a Manpower Services Commission grant), 167 – a Pantograph car originally entering service in Blackpool in 1928 – is one of the most travelled trams in the UK and by the time of the 2005 Tramathon it had operated in Blackpool for the 1985 Centenary, the Gateshead Garden Festival in 1990 and Blackpool again for the Fleetwood Tramroad Centenary in 1998. But by 2005 it was firmly back “home” as part of the regular operating fleet.

Its travels didn’t end though as a further two visits to Blackpool (one aborted trip in 2010 which saw it suffer a fault and one far more successful one between April and August 2014) along with a visit to Beamish in early 2014. However, since returning from Blackpool in August 2014 it has remained at Crich and is still operational, including use during both the 2020 season and has already been used in 2021. 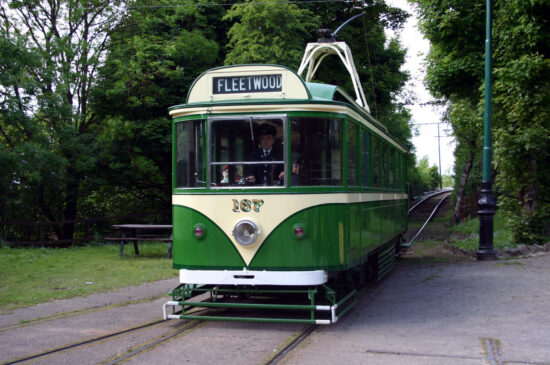 167 arrives at Wakebridge on 12th June 2005 as it heads back to the main museum site from Glory Mine. 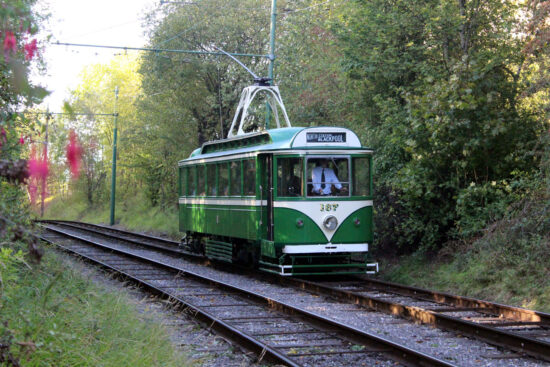 21st September 2019 – which was part of the Crich 60 event – with 167 this time seen approaching the stop at Victoria Park/Entrance, again on the way back down to the main museum site. (Both Photographs by Gareth Prior)