Whatever Happened To? Midland Metro 16

Posted on Tuesday 2 March 2021 by Gareth Prior

And after 16 weeks we finally reach the last of the original Midland Metro trams as this latest series of “Whatever Happened To?” comes to and end with no. 16.

16 was an extra tram with initially only 15 of the T69s having been ordered and as such it was the only one to arrive in 1999 with it turning up at Wednesbury Depot on 11th March. As with 15 it required some final fitting out after arrival and this was duly completed to allow the tram to enter service later in 1999. 16 was the last to arrive and was also the last to run in service with it running the very last T69 services on 14th August 2015 after which it returned to depot and was never to run again.

The original intention was that 16 was to be retained as an engineering vehicle but these plans never came to fruition. Because of these plans 16 remained stored in the depot yard for just over four years when with space at a premium it was decided to move it on to Long Marston. This duly happened on 19th August 2019 and 16 remains stored in Warwickshire today. 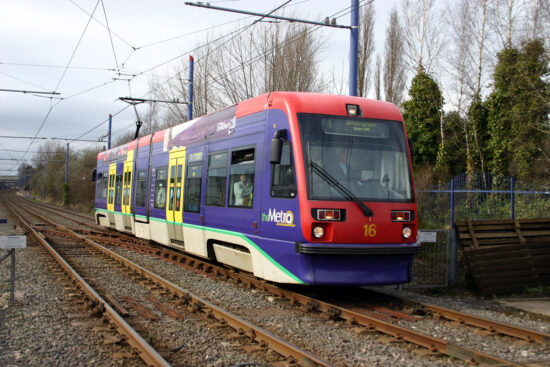 16 arrives at Handsworth Booth Street on 11th March 2009 as it works a service through to Birmingham Snow Hill. (Photograph by Gareth Prior) 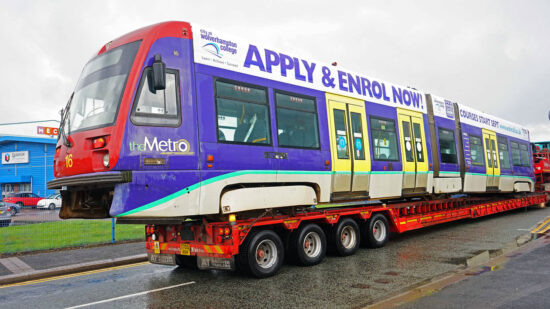 The last time a T69 has been close to the Midland Metro system was 19th August 2019 when 16 made its final trip away from Wednesbury Depot for Long Marston. Allely’s were once again employed for the move which is seen at the start of the journey. (Photograph by Andy Walters)