In Pictures: Latest from Trams to Newhaven extension

Posted on Wednesday 6 January 2021 by Gareth Prior

The Trams to Newhaven project in Edinburgh – due to see trams running from the end of the current line at York Place to Newhaven via Leith Walk and Ocean Terminal from 2023 – may have had a Christmas shutdown but before then a good deal of progress was made with the November and December period seeing the first track laid. In this latest pictorial update John Hampton brings us a couple of images taken in late December showing some of that track now in place. 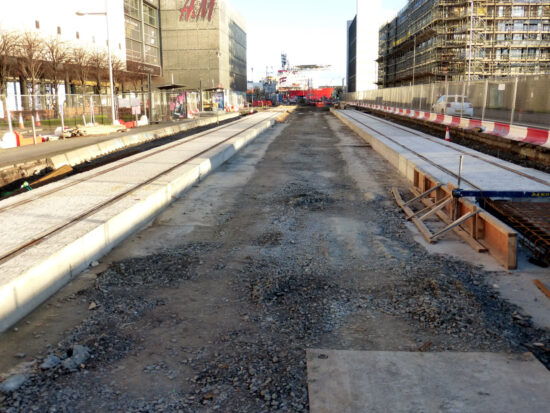 This is the site of the future Ocean Terminal stop where track has been laid on both inbound and outbound lines. The tracks spread here to allow an island platform to be constructed. 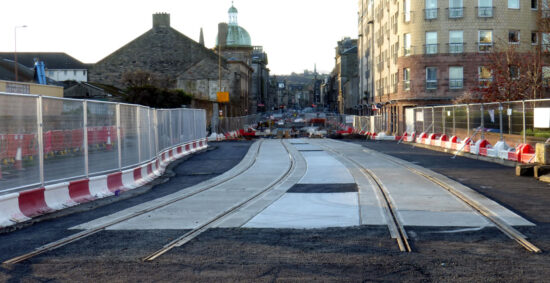 More double track can be found on Ocean Way with this section fully encased in concrete. (Both Photographs by John Hampton, 24th December 2020)