Posted on Thursday 24 December 2020 by Gareth Prior

Its back to Blackpool for this latest “15 Years Apart” and a tram which only just got to be featured as it only re-entered service during September during the 135th anniversary celebrations of the tramway.

Blackpool’s Illuminated Frigate in 2006 still had its original (well, original for its rebuild anyway) light configuration with alternate colours on each bulb and was also still running without any external advertising (it had only been relaunched the previous year on a very wet evening). It also still had the fleet number 736 in large letters on the bow. This view shows the Frigate approaching Bispham on an illumination tour during the evening of 4th September 2005. 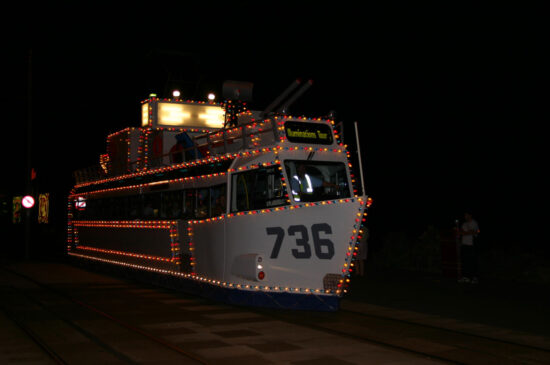 We now move to 27th September 2020 and find the rejuvenated Frigate sitting on Pleasure Beach loop between tour duty on the evening of 27th September 2020 – just its second night back in service after prolonged workshop attention. As can be seen the fleet number – now F736 – has been moved back onto the side of the tram, it now has advertising of the Royal Navy and the lights are in a revised configuration with each section now having one colour concentrated. 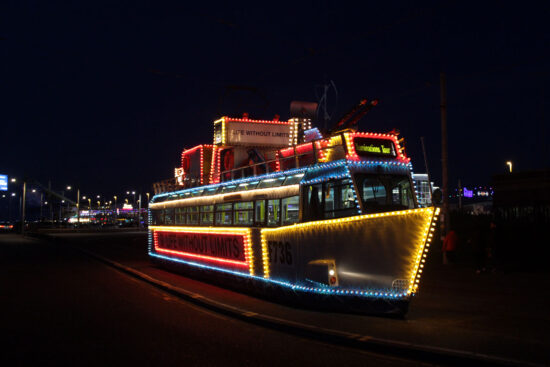