In this “15 Years Apart” we take a trip to Nottingham once more (we did warn you there was less variety than we hoped for in this series – Nottingham/Blackpool dominate!) to view one of the Incentro trams in service in both 2005 and 2020.

This time the Incentro we take a look at is the penultimate numbered vehicle – 214. In this first view taken on 8th June 2005 we see the tram just about to arrive at Wilkinson Street with a service from Station Street to Hucknall. The tracks leading to the depot can be seen coming in from the left hand side. 214 is carrying the original house colours of green, black, silver and white. 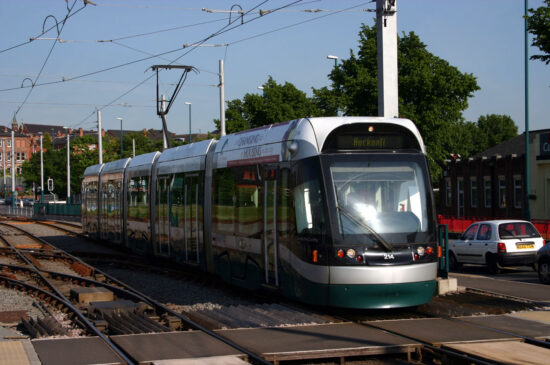 Then on 19th September 2020 we see 214 running towards Wilford Village with a service which will end up at Phoenix Park (Wilford Village is just round the corner ahead). Whereas most of the other entries into this series have already gone through their second refurbishment at the time of this photo 214 hadn’t and was still in fleet livery number two, mainly silver with a green band and black window surrounds. 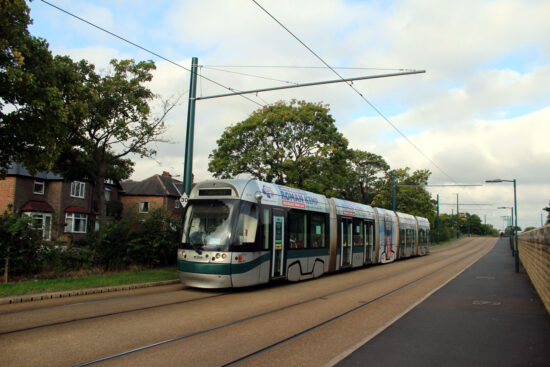