Posted on Wednesday 1 May 2013 by Andrew Waddington

Lisbon 730 has recently been basking in glory thanks to a short but highly succesful period of operation at Beamish Museum. Having now returned to its home tramway at Birkenhead, we take a look back to an earlier time in the tram’s history when, having just arrived in the UK, it was looking rather less pristine than it does today!

Having been withdrawn from its native system in Portugal, 730 was shipped to the UK in the mid-nineties and first headed to the Seaton Tramway in Devon. The tram was duly deposited at Colyton near to the tramway terminus, and was later partly covered over with tarpaulins. At one time, plans existed for the car to be re-gaugued and converted into a mobile shop for use at Seaton. Due to its width it would not have been possible for it to negotiate the tight curves between Riverside Depot and Seaton terminus, so it is was suggested that the tram could be parked at the intermediate stop at Colyford, where it would be used as a gift shop and ticket office, being towed to and from the depot each day. This idea never materialised, and 730 was later removed from Colyton, heading to a site in Essex for storage before it finally moved to Birkenhead in 2004. Its private owner kindly donated the tram to the Merseyside Tramway Preservation Society who quickly restored it back to operational condition, and Lisbon 730 entered service there in 2006.

As is widely known, 730 is the only Lisbon tram in the world to have ever been converted to British standard gauge and its survival is a tribute to the various other Lisbon trams which have found their way to the UK to provide useful parts for the restoration of British trams. These pictures of Lisbon 730 when in outside storage at Colyton should also give hope to the many preserved trams currently enduring time in storage outside – having seen 730 this way, and to admire it now that it has been restored, shows that there is definitely still hope for such cars, and that time spent outside does not prevent a bright future of museum service. 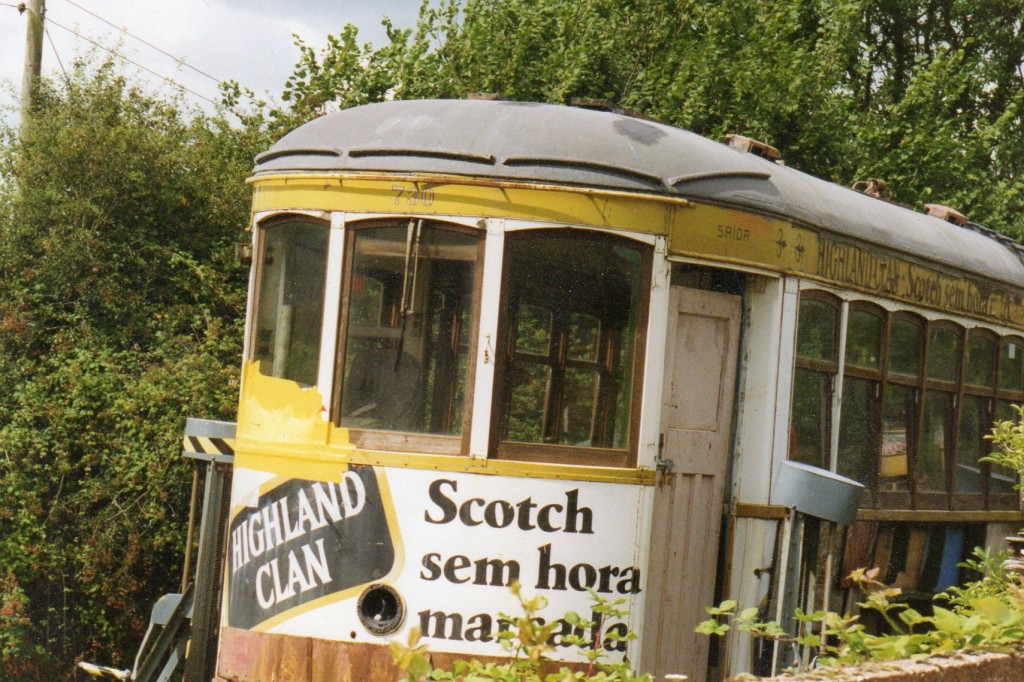 Lisbon 730 at Colyton in circa 1997, complete with padlocked doors. Note the advertising livery for Highland Clan. (Photo by Tony Waddington) 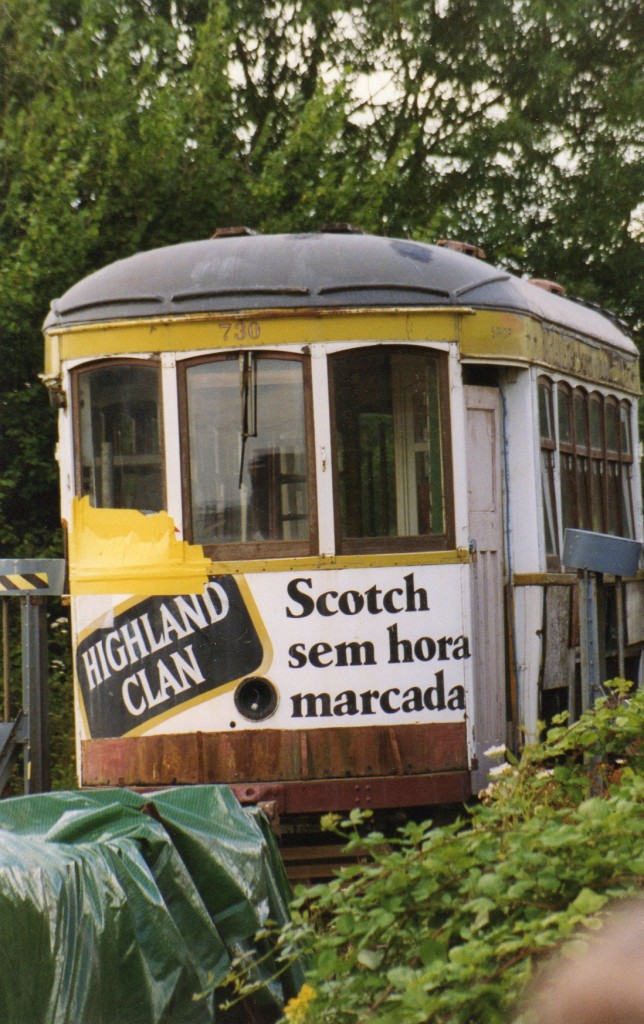 Peering over the wall opposite Colyton Station to see Lisbon 730 in its temporary resting place. (Photo by Tony Waddington) 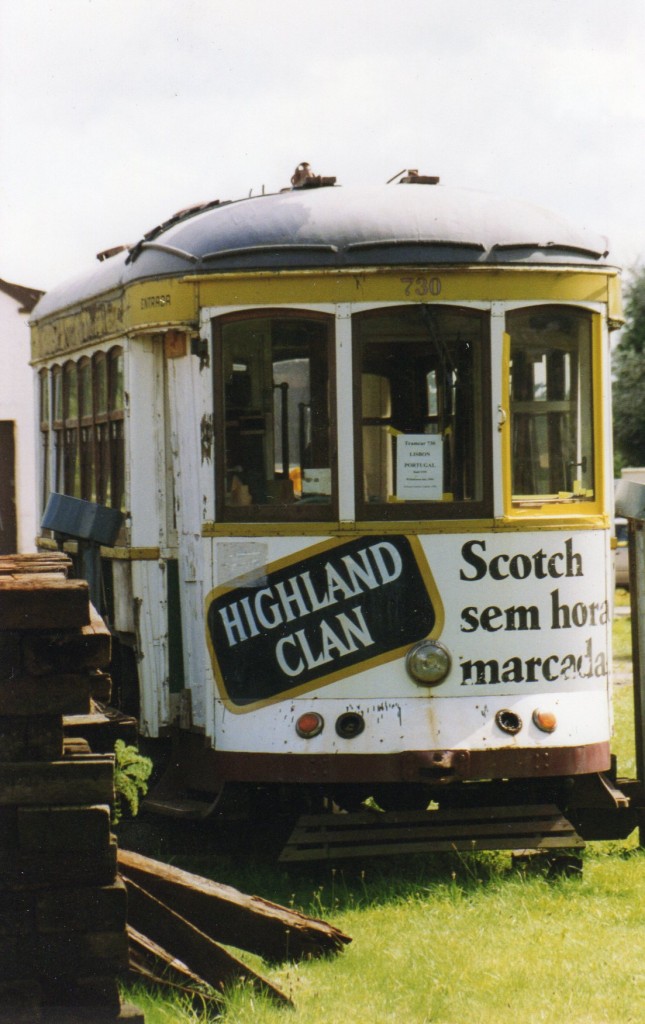 Seen from the opposite end, here is Lisbon 730 at Colyton again - this time with a pile of wooden sleepers for company! (Photo by Tony Waddington)