Since the upgraded Blackpool tramway opened at Easter 2012, the retained heritage trams have been seen out and about on the system plenty of times, but passenger runs have not been allowed south of Pleasure Beach. Although Balloon 717 is believed to have escaped to Starr Gate at Easter 2013 due to an issue with the Pleasure Beach loop, private hires have never been permitted to operate along New South Promenade – until 27th April 2013, that is!

On this date, Blackpool & Fleetwood ‘Box’ car 40 performed an unusual private hire on behalf of members of the Lytham St Annes Civic Trust, who were treated to a guided tour of the £20 million depot complex at Starr Gate during the morning. Having moved from Rigby Road the previous day, car 40 was already stabled inside the building and there it loaded up for a journey to Bispham, setting off at about midday. There it reversed and ran back to Tower, where the passengers disembarked for a lunch break, followed by another look ‘behind the scenes’ there. It is not known whether Box 40 returned to Starr Gate or Rigby Road and any reader who can confirm this either way is invited to contact us.

As mentioned above, previous requests for private hire involving members of the heritage tram fleet operating to and from Starr Gate with passengers on board have been turned down, probably due to the lack of a suitable loading area for these trams at the southern terminus, and so as to avoid disrupting the core service cars. This working was therefore an extremely historic one, and we hope that it may have set a precedent for further such workings by the vintage trams. It also shows how the 99-year old Box 40 continues to make history on its native tramway, having previously been the first heritage car to run to Fleetwood Ferry post-upgrade both on a private charter and on a public run, and long may it continue to do so!

Our thanks go to ‘Deckerman’ for kindly providing us with the information and pictures contained in this article. 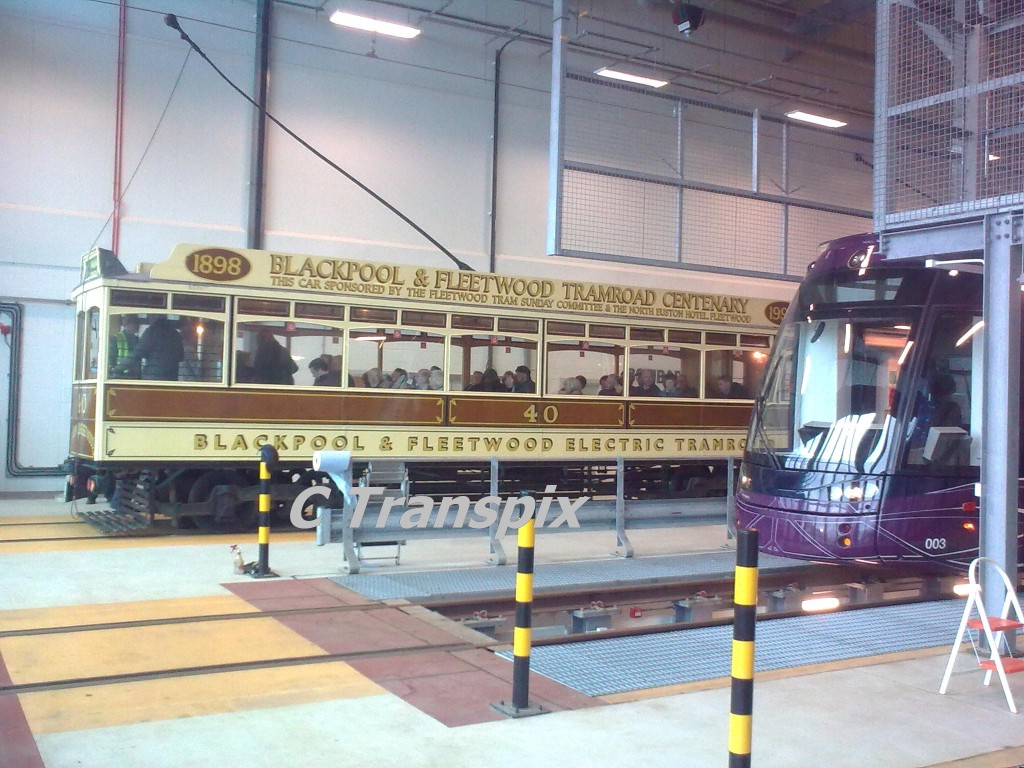 An extremely rare view showing almost a century of tramcar design inside Starr Gate depot, with Box 40 loading up for its tour as Flexity 003 looks on. 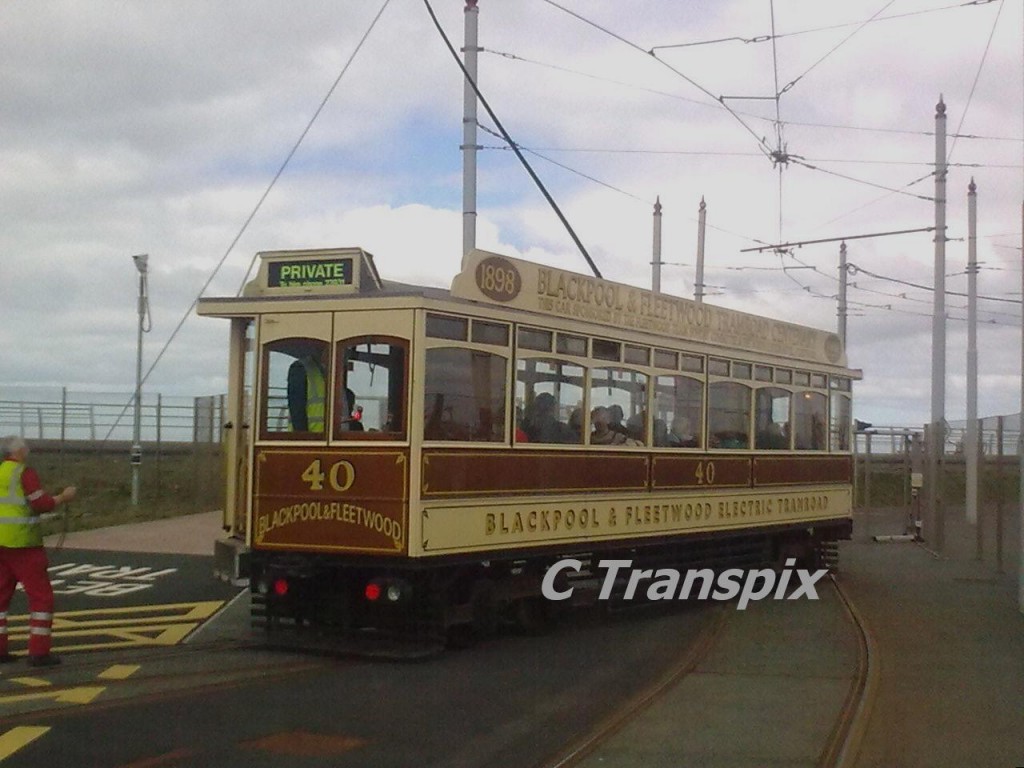 More history in the making as car 40 negotiates the new depot track fan as it heads for New South Promenade. 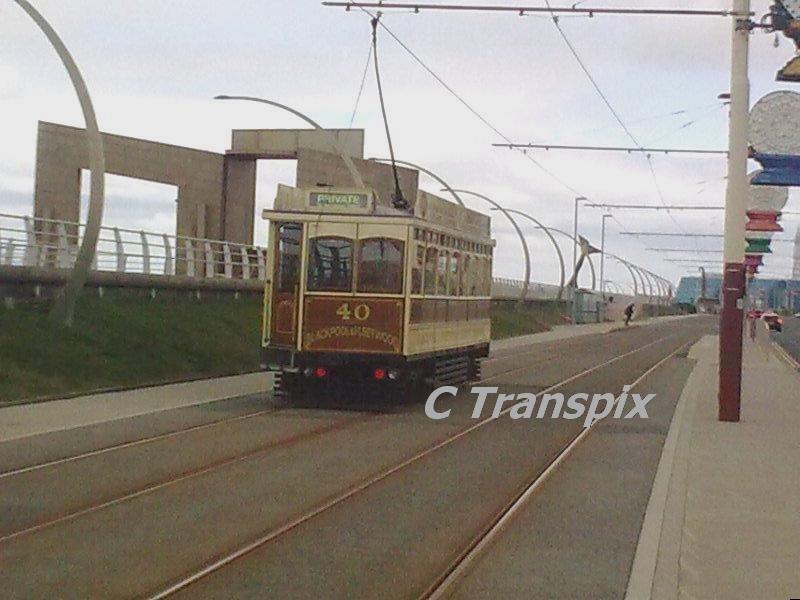 40 trundles through Harrowside on Saturday 27th April for the first time since at least 2009, and possibly longer! 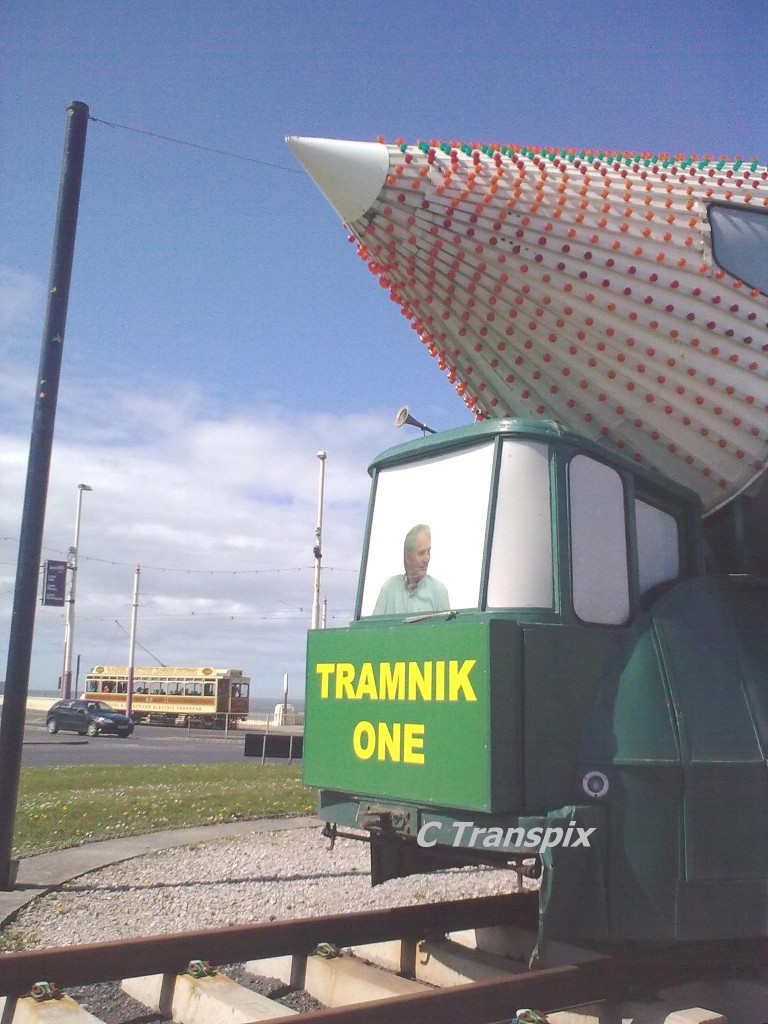 The static illuminated Rocket 732 remains at Gynn Square; here Box 40 is seen passing the car on its way to Bispham. 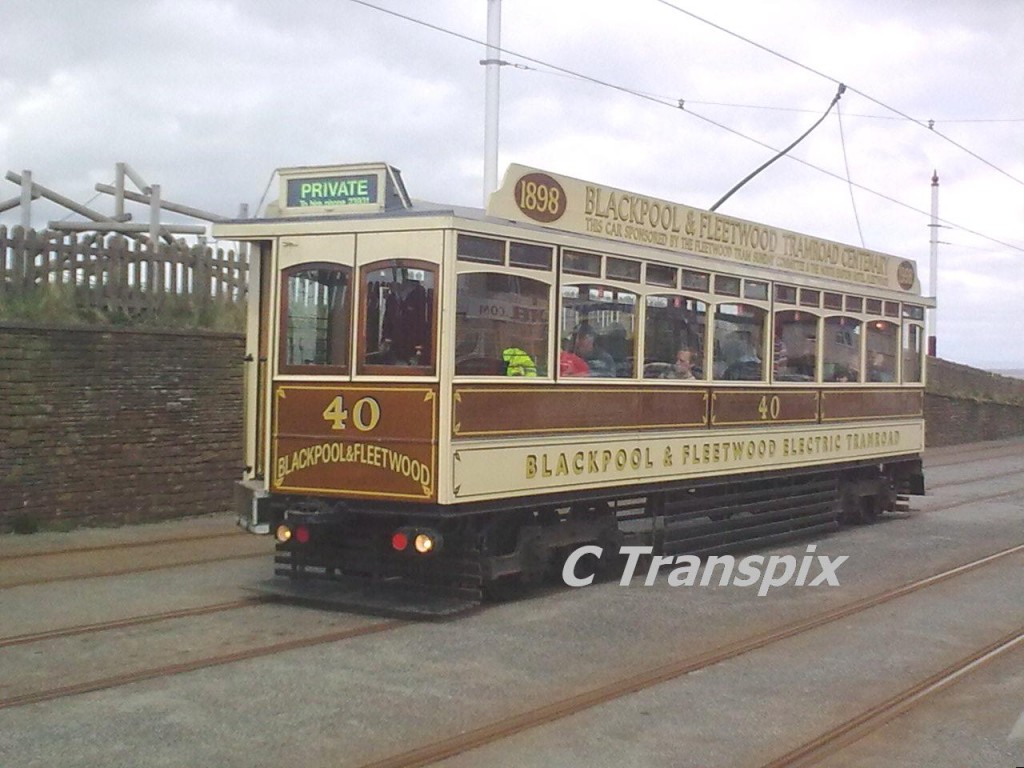 One last view from this memorable day, this time showing car 40 on the centre track at Bispham preparing to return south.