In Pictures: Poppies in Edinburgh

Posted on Thursday 5 November 2020 by Gareth Prior

As we’ve seen over the past week or so various tramways across the UK have started to display poppies on their trams as a mark of respect ahead of Remembrance Sunday and the latest to be featured on this website is Edinburgh Trams. As in Blackpool the poppies are carried within the cabs located to one side at the bottom, sharing the space with the face mask reminder. 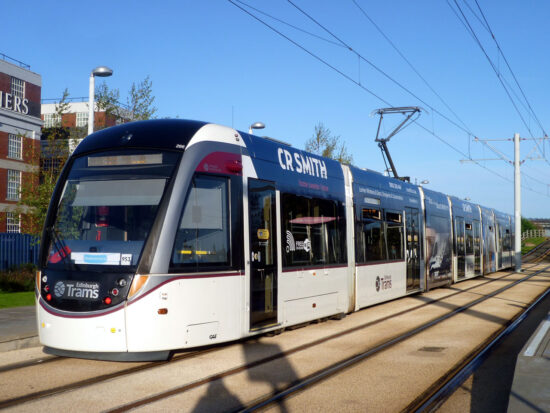 266 is seen with poppy in the cab windscreen at Balgreen heading for York Place. As well as the poppy in the bottom left note the reminder to wear a mask on board alongside. Balgreen stop is on the site of Balgreen Halt which, between 1934 and 1967, was on the ex-North British Railway branch to Corstorphine. Much of the branch is now a cycleway. 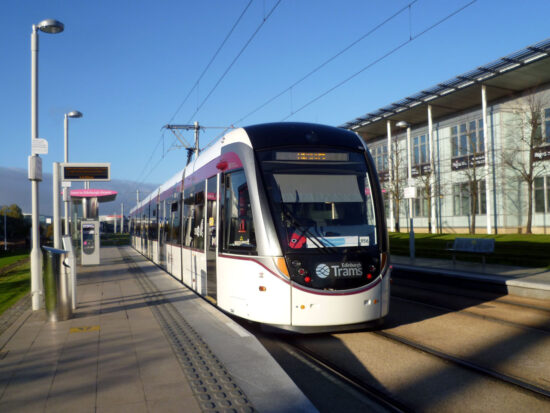 Another poppy is seen in the cab window of 257 which is at Edinburgh Park Central on its way to the Airport. (Both Photographs by Roy Calderwood)