Posted on Sunday 25 October 2020 by Gareth Prior

Over the past few years it has become tradition on tramways across the UK that they mark Remembrance Day by carrying poppies on the trams in some form. Whether that be vinyls on the front of the trams of a poppy in the cab they have been seen on various systems as their own mark on remembrance and as October starts to draw to a close the first oppy seen on a tram has been in Blackpool with 008 noted so adorned. 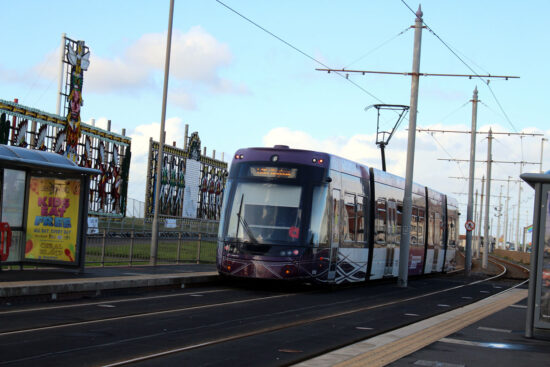 In this photo we see 008 having just departed from Cavendish Road with a short working to Little Bispham. The poppy on this tram has been affixed in the driver’s cab. (Photograph by Tony Armitage, 23rd October 2020)