In Pictures: Sheffield Roberts Cars on display to commemorate anniversary

Posted on Saturday 10 October 2020 by Gareth Prior

8th October 2020 was the 60th anniversary of the closure of Sheffield Corporation Tramways and although there are currently no original Sheffield trams running in service across the UK the two surviving Roberts Cars were both on display at their current respective homes to mark the occasion. They were 510 at Crich and 513 at the East Anglia Transport Museum.

In an ordinary year both 510 and 513 would have seen regular use at their respective tramways but as it turned out neither have turned a wheel in passenger service but that didn’t put off either of the museums from bringing them out for their day in the sun (or day in the cloud!) to help mark this significant anniversary.

At Crich with 510 displayed on the depot fan the service was operated by a fellow Yorkshire tram, Leeds 180, and Blackpool 167. It wasn’t just 510 commemorating the occasion though as a volunteer at Crich put a special Sheffield Star pullout published back in 1960 as a “Last Tram Souvenir” which featured a photo of 510 in its Last Tram Week livery on the cover.

Meanwhile, with it being a Thursday the East Anglia Transport Museum was also open to the public and although Blackpool 159 was again the tram in service the perfect opportunity was taken to bring 513 out for display. A sister car to 510 which also ran on the last day, 513 is actually owned by Beamish but has been on loan away from the northeast for a number of years, firstly in Blackpool before moving on to Carlton Colville. 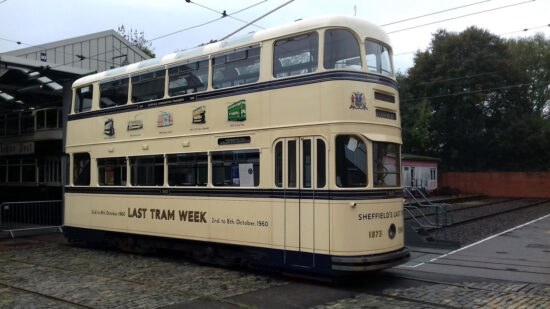 510 sits in front of the depot, posing for photos 60 years since it last ran in its home city. 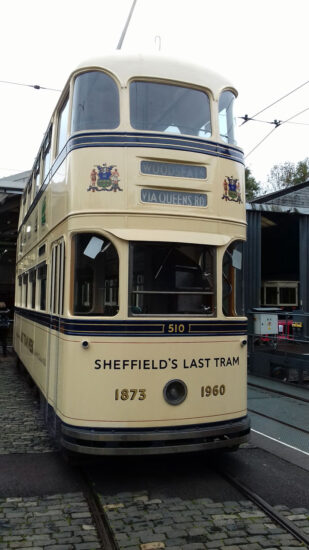 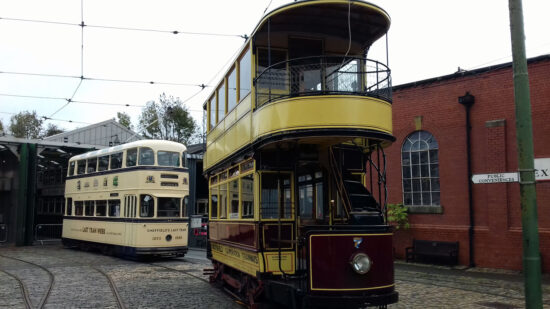 Sheffield 510 is joined by Chesterfield 7 on the depot fan in this view. (Photographs x3 by Michael Reynolds) 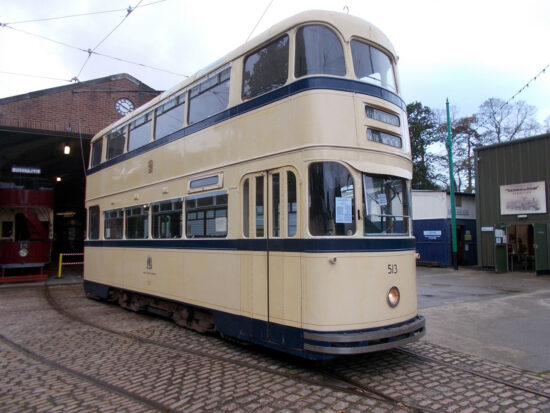 Down at the East Anglia Transport Museum and 513 was similarly brought out of the depot for display as seen here. Lowestoft 14 can be seen to the left. 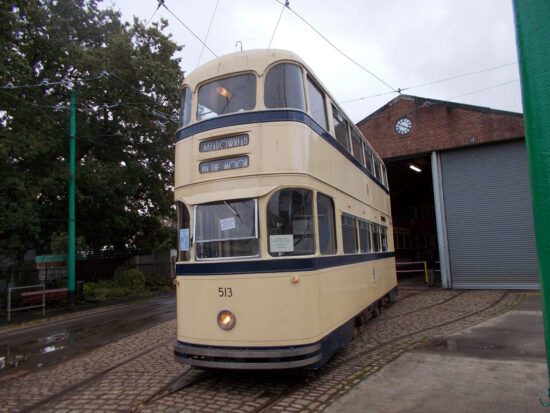 Another look at 513 outside the depot. 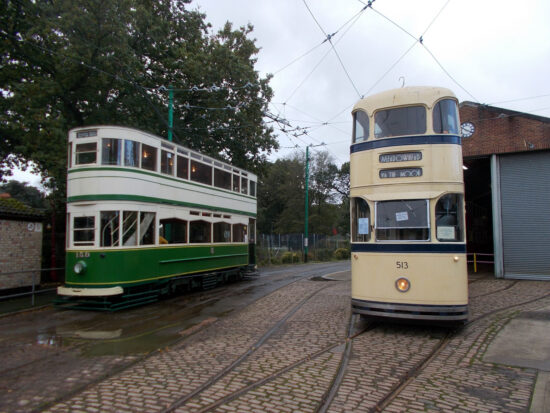 513 is passed by service car for the day Blackpool Standard 159. (Photographs x3 by Tim Major)