Posted on Tuesday 29 September 2020 by Gareth Prior

It has been over 90 years since the last tram ran in Chester but that doesn’t mean that there aren’t still some remaining tramway artefacts, including some track in the vicinity of the old depot.

The tram depot in Chester was situated on Station Road and was originally opened in 1879 for the standard gauge horse tramway before it was converted for electric trams in 1902/3 which also saw the track gauge change to 3’6”. It remained open for trams until February 1930 when Chester’s tramway story ended and the building was converted for use by buses.

The building has now long gone with student accommodation, known as Tramway, now in its place but its not just the name of the accommodation that looks back to the tramway era as there is a section of track in place, including several sets of points. 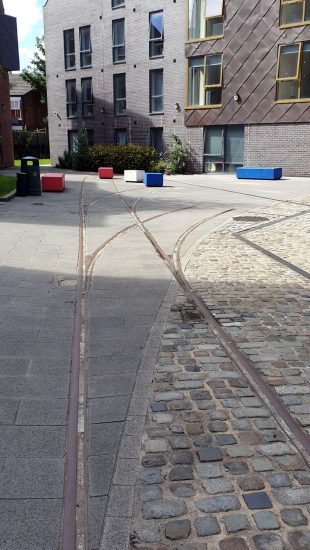 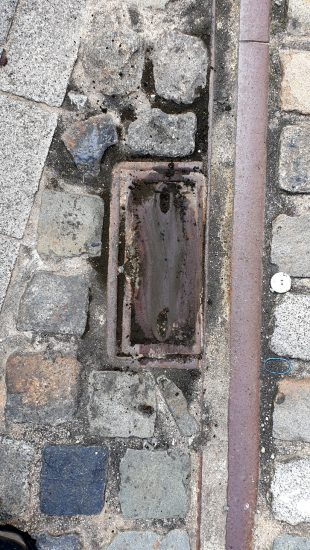 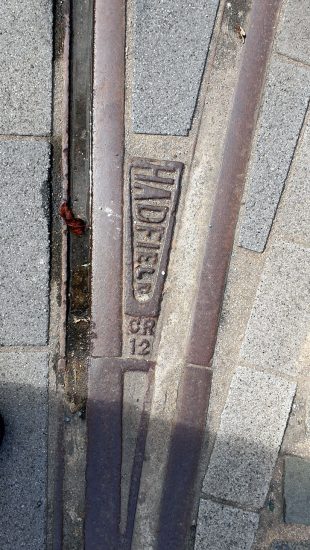 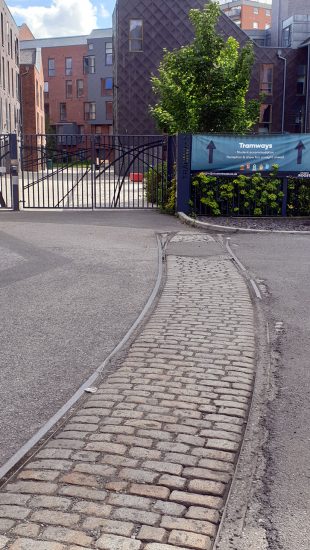 Four images of the old 3’6” gauge tram track in the vicinity of the Tramways student accommodation. One wonders how many students staying there have any idea of the historic track they probably pass every day! (All Photographs by Dave Jones)