Posted on Saturday 26 September 2020 by Gareth Prior

We recently brought you the news that the second phase of the Birmingham Westside extension between Library and Hagley Road was making good progress with firstly the new tracks connected with the existing line at Library and then a few days later a significant concrete pour to encase those rails into the surface. On Monday 21st September, Dan Noon took a walk along the extension and the following photos show what he found. 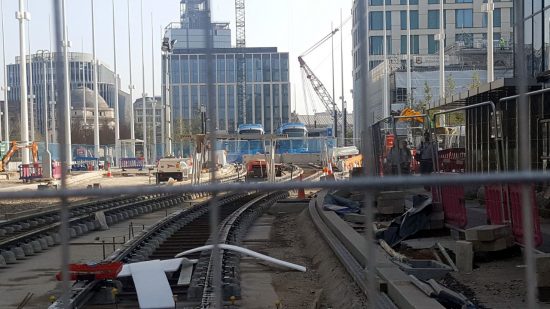 Looking from Broad Street down to the stop at Library with two trams waiting to depart. The track here is that which has recently been welded to the existing line. 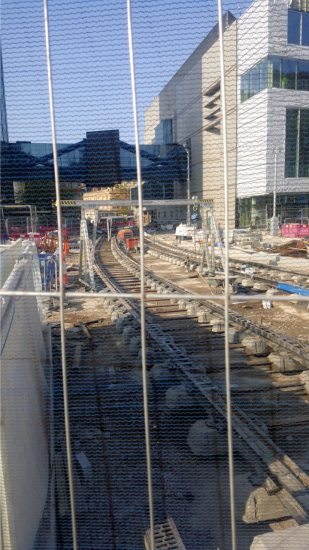 Looking from Library along Broad Street through the barriers we see the new track in place ahead of concreting. 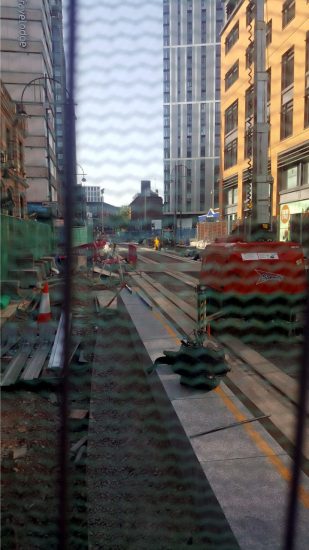 Further along Broad Street and we see more track in place. The concrete has already been laid here. 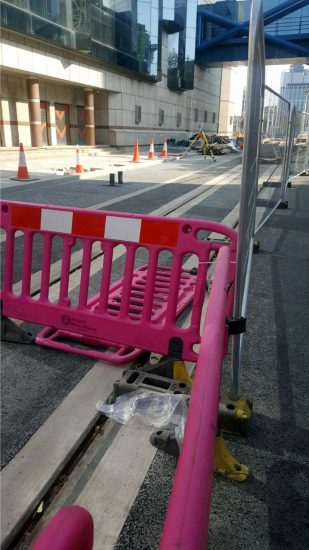 One more view on Broad Street where the work to install the track is at a more advanced stage with the full top surface having been put down as well. (All Photographs by Dan Noon, 21st September 2020)

1 Response to In Pictures: More from Birmingham Westside extension