Around the World in Trams: Innsbruck 352

Posted on Saturday 26 September 2020 by Gareth Prior

Another photo from Innsbruck today.

As with the last edition of “Around the World in Trams” in the below photo we are looking at one of the low floor trams which now operate services on the three routes of the tramway. Built by Bombardier in 2008, 352 is a Flexity Outlook tram which has been running in Austria since the June of the year of its construction. It is seen here on 27th June 2015 calling at a pretty impressive tramstop! 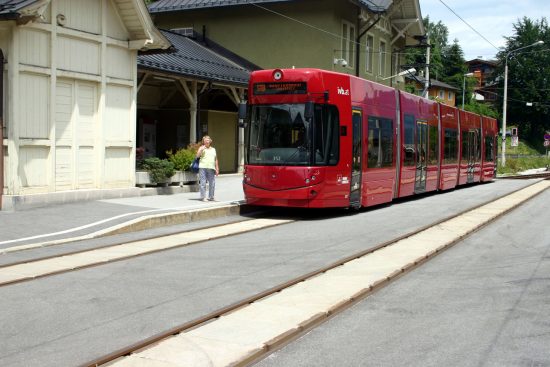 1 Response to Around the World in Trams: Innsbruck 352