Never before has the demolition of one building attracted so much attention from tram enthusiasts! Yes, its another pictorial article looking at the old Wilko’s store on Talbot Road in Blackpool as it is raised to the ground to eventually allow construction of the new tram terminus along with a hotel. These pictures were taken on Thursday 17th September and show good progress now being made on removing the building.

These works are due to take place until the end of the year after which time further work will be required to prepare the tramway extension for services to begin. The whole project is due to be completed by 2022. 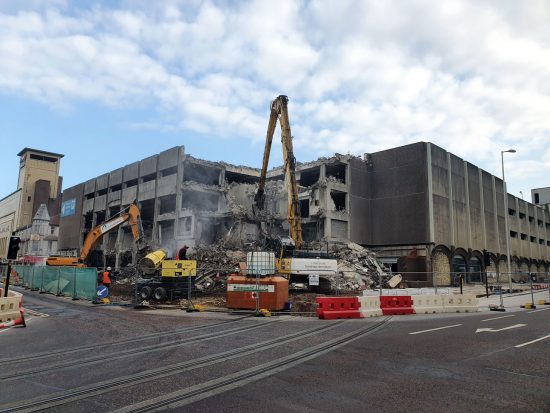 The former entrance of the store is the first to be noticeably demolished in this view. The tram tracks to nowhere previously installed are in the foreground and these will eventually lead to the terminus. (Photograph by Michael Morton, 17th September 2020) 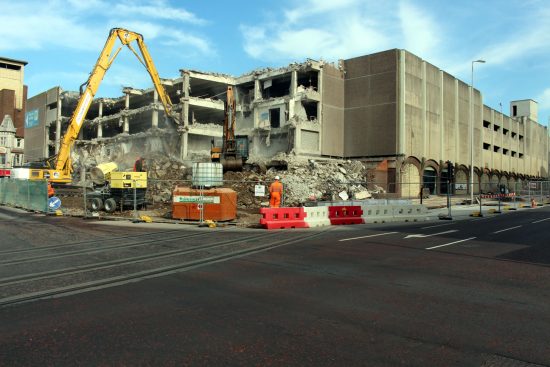 The following day and a bit of the old Wilko building has been demolished. (Photograph by Tony Armitage, 18th September 2020)