Posted on Thursday 10 September 2020 by Gareth Prior

Today we take another trip to Sheffield for images taken of Supertram during 2020 as part of a “Lockdown Walk”.

The short branch of Supertram along Holme Lane to Malin Bridge was one of the last sections of the network to open (well, of the original network anyway!) when it saw its first passenger trams on 23rd October 1995. It opened on the same day as the route to Middlewood with the first trams beyond Shalesmoor for both lines starting at the same time. Now the preserve of Blue route trams from Halfway (or Sheffield Station at the time of this photo) seven days a week when Supertram first started Sundays saw an Orange route operated from Herdings Park, long since discontinued. 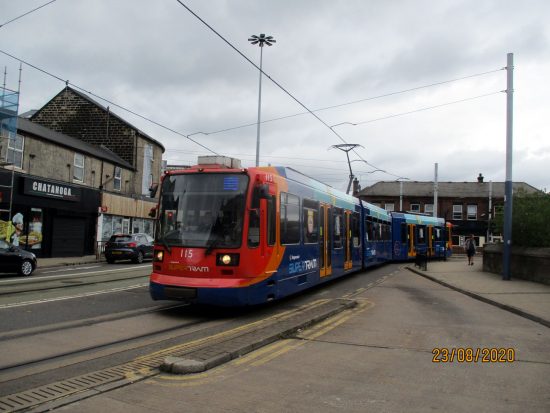 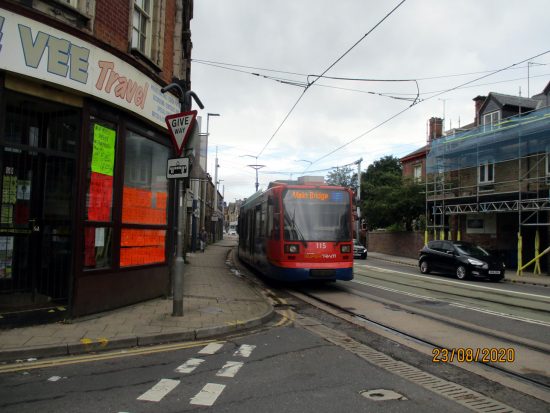 These two images show 115 having just turned onto Holme Lane and bound for Malin Bridge with a service which would have started at Sheffield Station with the route beyond the station to Halfway closed at the time due to rail replacement works. 115 was delivered to Sheffield in February 1994. (Both Photographs by Stuart Cooke, 23rd August 2020)