Posted on Monday 7 September 2020 by Gareth Prior

We’re used by now to finding historic artefacts underneath road surfaces across the UK and this includes when they start to construct new tram lines. That is the case in Edinburgh where work to extend the modern Edinburgh Trams system along Leith Walk has thrown up many historic items and this has included some remnants of the long-gone cable tramway system which once operated in the Scottish capital.

Edinburgh’s first cable tramway had opened in 1888 operating in the New Town area of the city and this gradually expanded over the years eventually becoming the largest in the British Isles. Once Edinburgh Corporation Tramways had taken over in 1919 they started to look at replacing these cable lines with the work starting two years later and they were finally consigned to history on 23rd June 1923 when the line to Portobello was converted to overhead electric operation. But despite the fact that it is now nearly a century since the last lines were closed there remain some remnants under the road surface as these photos taken on Leith Walk show. 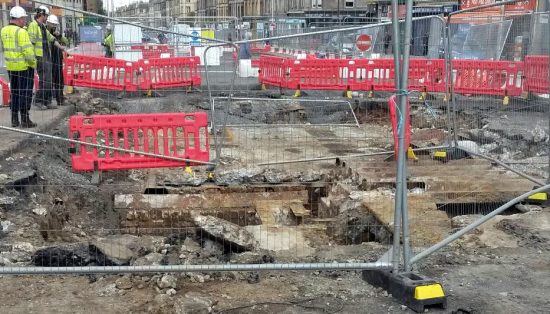 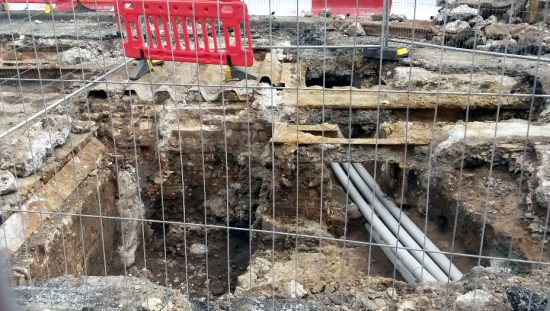 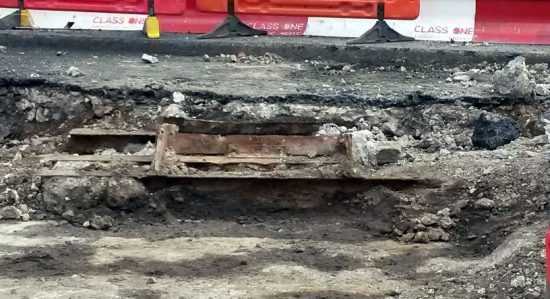 These three photos show some of the ironmongery at the point where the cables on Leith Walk turned through 90 degrees and into the power station at the rear of Shrubhill Tram Depot. There was a long tunnel (around 2 metres high) from this point into the power house from where the cables were powered. (All Photographs by John Hampton)