So Nearly, Not Quite! Liverpool 869 & Chesterfield 7

Posted on Wednesday 8 July 2020 by Gareth Prior

For the first time in this series we head to Crich for a view of two trams which wasn’t quite as wanted.

This photo was taken on 8th June 2008 and is at Wakebridge at the Crich Tramway Village where you will often trams passing, especially on a special event like this date was – the 2008 Tramathon. Two of the trams in service on a sunny day were Liverpool 869 and Chesterfield 7, with the latter car heading back to the main museum site and the Liverpool car on a northbound working. With decent lighting it could have been a great shot but for some reason the shutter was pressed just as another photographer was walking across the shot and peering up the line. Ah, never mind, better luck next time! 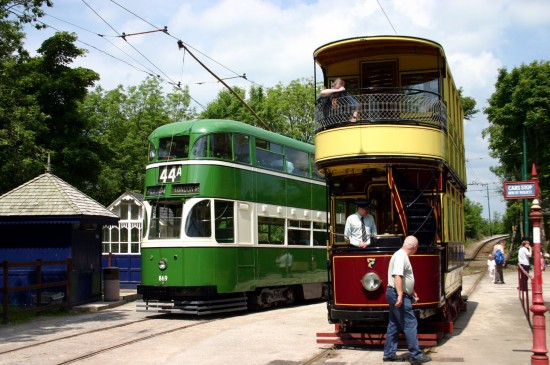