Today we have another a double dose of photos taken on a “Lockdown Walk” in Edinburgh City Centre.

We have moved a little further afield than other entries into this series as we have made it to the other side of the city centre and Haymarket for two images of a 252 in action. Haymarket comes at the end of the street section of line through the city centre with the stop located directly outside the railway station of the same name giving good access to the ScotRail network with trains heading not only across Scotland but also some for London operated by LNER. There are also good and easy connections to local bus services. 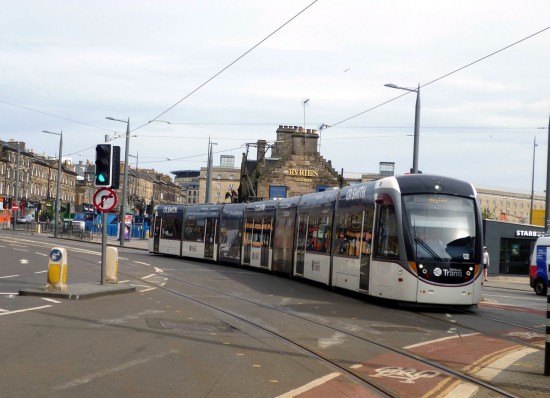 In this first shot – taken on 14th April, as they both were – we see 252 approaching Haymarket on its way to the Airport. This will be the last proper street running for the tram for the rest of its journey. 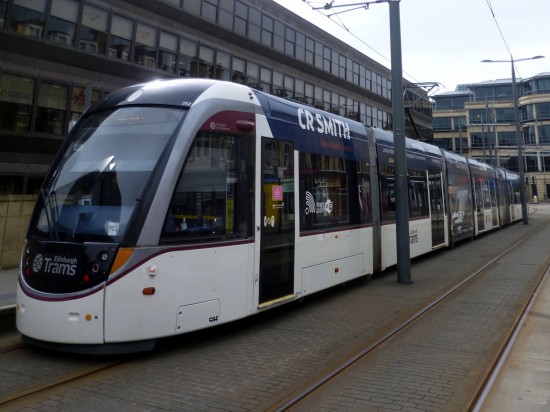 Then we turn around and see 252 at the actual stop and can see that is operating on diagram 953. (Both Photographs by Roy Calderwood, 14th April 2020)