The next few weeks will see us heading to the northwest for a series of archive images taken on Manchester Metrolink.

We start off with T68 1007 which is seen on 8th October 1992 as it leaves Victoria for a service from Bury to Piccadilly. This is the original Victoria layout and just in case you weren’t sure which platform was which there is a very large “B” and “C” attached to the station canopy. Public Metrolink services had first reached Victoria on 6th April 1992 (from Bury) which had been the first stage of the new tram system to open but it would be a few more weeks – 27th April 1992 to be more precise – before trams would travel through Victoria into the city centre when the line to G-Mex opened. The service that we see 1007 operating here would then start on 20th July 1992 when the spur into Piccadilly was opened, the final stage of phase one of Metrolink to be completed. 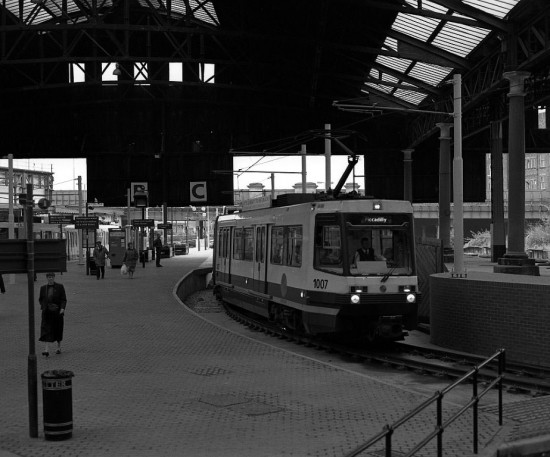