Whatever Happened To? Blackpool Brush 632

The second of two Brush Cars to run over that last weekend of traditional tram operation was 632, a tram which hasn’t been as lucky as the others we have featured so far in this series.

Brush 632 was used on the Pleasure Beach to North Pier/Cabin service on both Saturday 5th and Sunday 6th November but did escape to Little Bispham for one journey on the last day to cover for the failure of Centenary 645. It returned to depot at around 1745 on Sunday 6th November and this was to be its last use on the Blackpool Tramway.

Although 632 has been seen as part of displays during special events around the depot, and on Blundell Street, the tram has remained out of service since that last weekend. 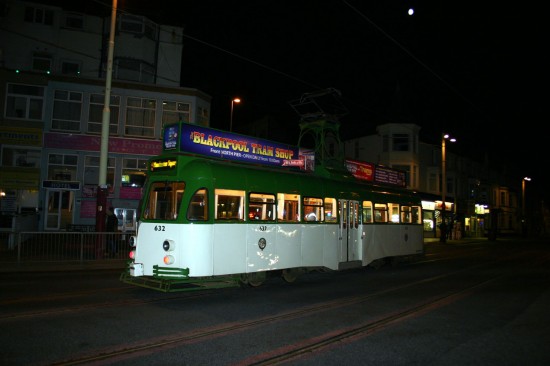 With its familiar Trams Magazine advert boxes added for the last few years of service, we see 632 heading across the Prom road for Lytham Road and then depot on 6th November 2011. This would be the last time that the tram would make this journey as it remains in a queue of trams needing some workshop attention before it can be considered for a return to service. 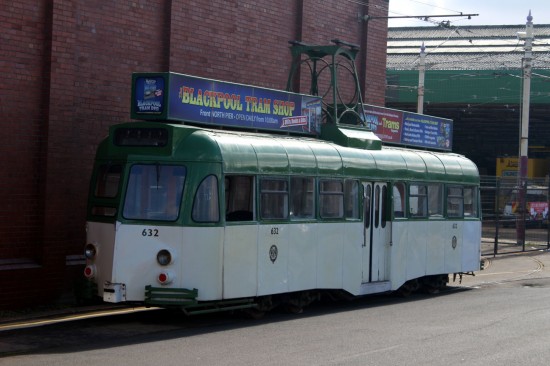 On 23rd September 2018 and 632 was displayed on Blundell Street during the Anniversary Spectacular weekend. Still with roof advert boxes in place it has lost destination blinds and a pantograph amongst other features since it last ran. (Both Photographs by Gareth Prior)