In Pictures: More on the Wrexham tram bodies

One of our most popular stories for comment in recent months has been that on the two Wrexham tram bodies and we can now bring a bit more detail and views of the pair just as they were rescued and moved to what is now the Bersham Colliery Mining Museum.

It was around the turn of the century that the two bodies were discovered close to Ellesmere in Shropshire. They had been joined together to form a dwelling but when the land they sat on was redeveloped they were offered to some local historians in the area who agreed to keep them on their land to ensure they were saved for posterity. After discussions they agreed to let them go to another home if they could be saved. The curator of the Wrexham County Museum expressed an interest in saving them as they were exploring the possibility of extending their main building at the time and envisaged the restored bodies going on display there.

With the agreement of the museum arrangement was made to transport the two tram bodies to their present location around 15 years ago. Initially covered by tarpaulins these have obviously disappeared over the years and they remain stored in the open, albeit in a secure location. It would appear that, probably due to funding and time constraints, Wrexham County Museum no longer have an interest in restoring either of the tram bodies but at least they do still remain in existence for now.

All the below photos were taken on the day they were moved back to Wrexham around 15 years ago. Thanks to Mike Scott for the photos and information. 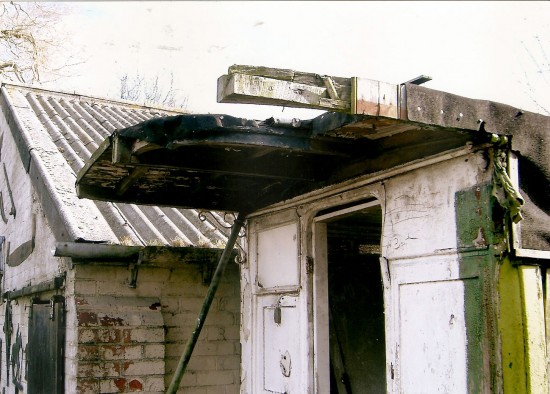 The detail of the roof section of one of the trams is seen here. Whilst much of the structure would have been the original tram there have also been additions over the years to make it into a dwelling. 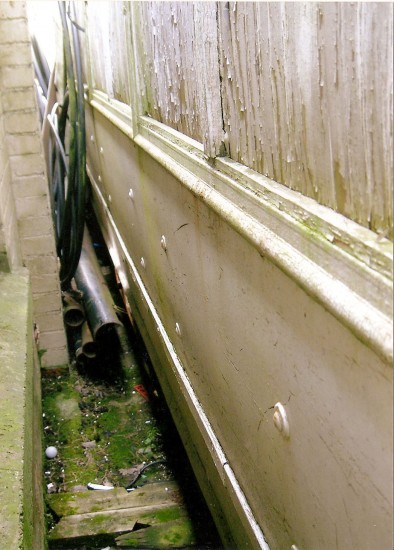 Looking down the side of one of the bodies with this section against the barn. Painted white with the windows replaced by wood panels there is still no denying this was once a tram! 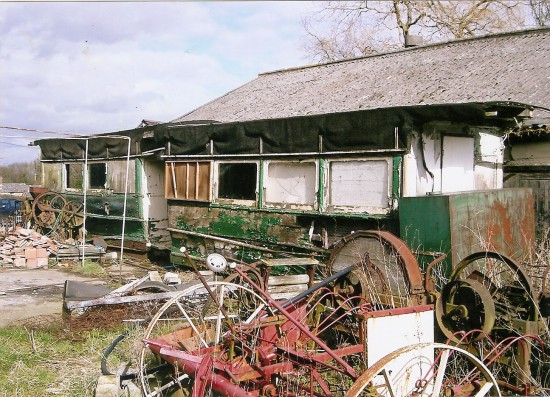 The green paint is far clearer in this view than in the current pictures we featured in the last article. The two bodies here are one in front of the other instead of side-by-side as they are today. 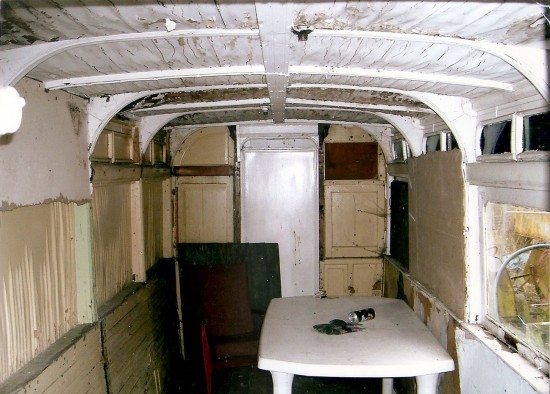 The interior of one of the trams complete with table, chair and an empty can of beer! 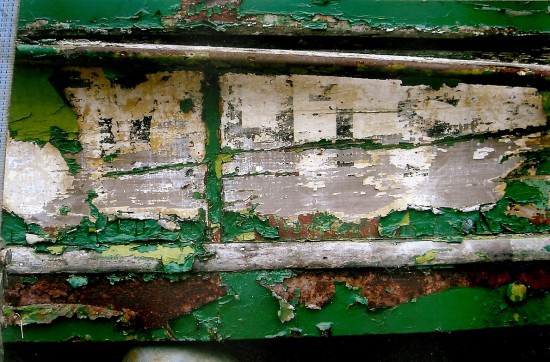 Looking beyond the green paint and the remnants of an old advert can just be made out “Whites”. (All Photographs by Mike Scott)