Posted on Tuesday 4 February 2020 by Gareth Prior

Although there is still plenty of tram track buried under road surfaces across the country to see old track still on the surface is rarer but look carefully enough and will still find some. A location included in this is very close to the new generation Metrolink system in Metrolink at Weaste on the Eccles line.

The second Weaste tram depot is also still standing and is in use as an industrial unit but in the below photos we concentrate on remaining sections of track which have been kept for posterity including points and a curve. This would have likely last been used in March 1947 when the depot closed. 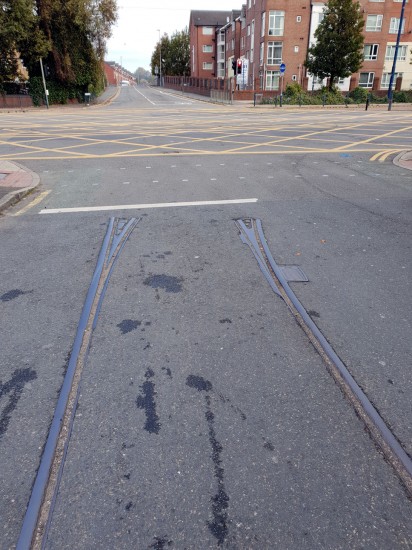 Looking out towards Eccles New Road and the Metrolink line we see the track in situ. 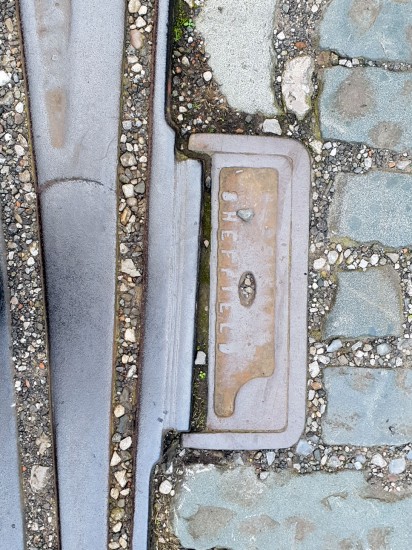 The points still in place although you may struggle to change them now! 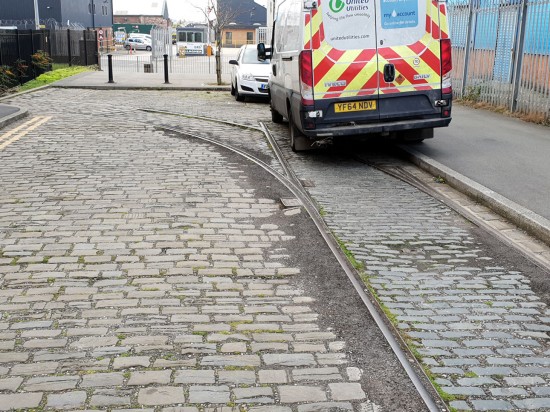 The curve in the track to allow trams access to other roads in the depot. (All Photographs by David Jones)