Posted on Sunday 2 February 2020 by Gareth Prior

Its 1979 again as we return to the Isle of Man’s Snaefell Mountain Railway for an archive image.

This time around we see SMR car 2 outside the Snaefell shed at Laxey (before such a time as a more modern complex was built allowing maintenance to take place there rather than the trams being transported to Derby Castle on the MER). Alongside – and just inside the shed – is one of the Wickham vehicles used by the Civil Aviation Authority which were used to transport staff to the summit to maintain the mast at the top of the mountain, possibly 10956 which was only new in 1977. A tower wagon can also be seen behind no. 2. 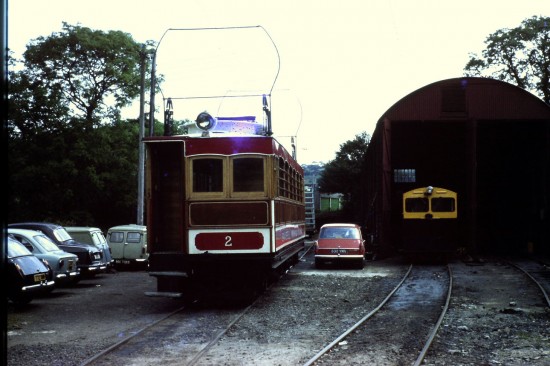