It may still be a long time before we see trams running up Leith Walk and to Newhaven but November 2019 saw the start of the first phase of works on the Edinburgh Trams extension with the first signs of work now clearly in evidence. Whilst it will be a while before a tramway starts to appear work is underway around Constitution Street including utility diversion. We take a look at some images of the area at the start of January 2020 courtesy of Roy Calderwood. 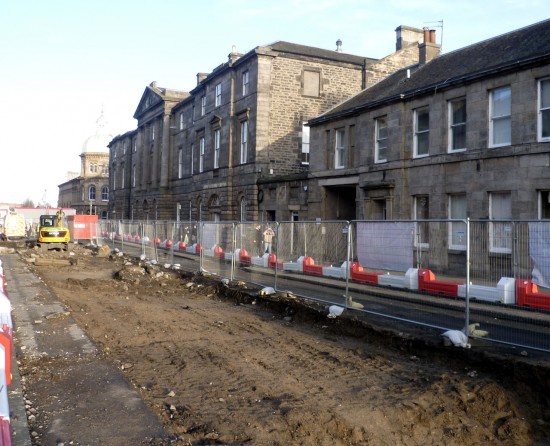 This will eventually be the site of The Shore stop, the fourth from the Newhaven terminus. On Constitution Street looking north this is towards the Bernard Street junction where the Robert Burns statue (which featured on one of the C R Smith adverted trams) will be removed temporarily before renovation and returning to a slightly revised location. The route of the trams will be straight ahead into the very north of Constitution Street and then the non-operational part of the dock estate. Also seen in this view are the former Leith Assembly Rooms (just to the left of centre) and the building with the dome is the former Corn Exchange. 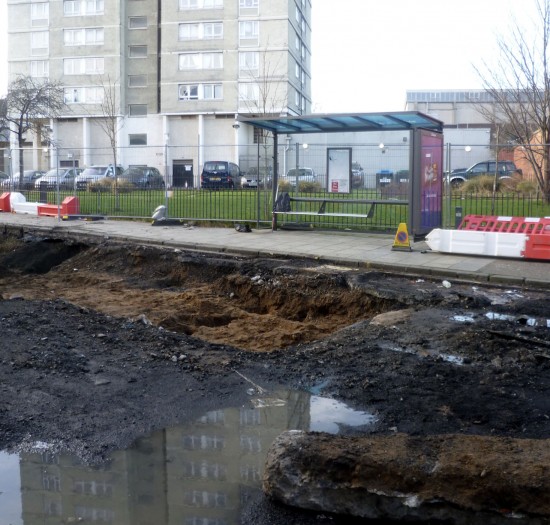 There won’t be any buses here for some time! This Laurie Strete bus stop on Constitution Street was served by the no. 16 to between Newhaven and Silverknowes and Kirkgate House tower block is behind. 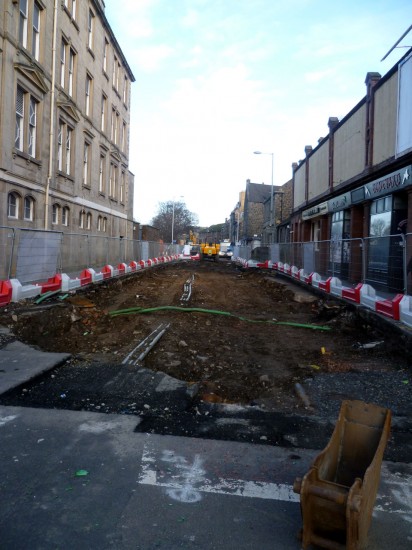 This is the site of the future Foot of the Walk tramstop (one closer to the city centre than The Shore) on Constitution Street looking north. Where the long armed digger is the wall of South Leith churchyard is being taken down for archaeological investigations as the street was later built over part of the churchyard. Trams last ran in this area in September 1956. On the right is a former cinema now mostly converted to a Wetherspoons pub. 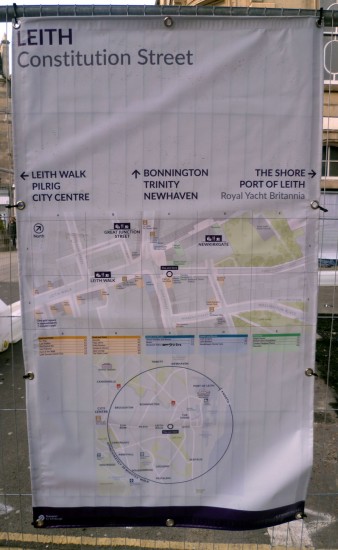 A lot of the project will be public relations based, especially bearing in the mind the issues of phase one of Edinburgh Trams, and one small part of this is seen here with a banner to help people find their way around the worksite. (All Photographs by Roy Calderwood, 8th January 2020)