Posted on Saturday 14 December 2019 by Gareth Prior

Whilst most of this series coming from Crich shows a tram looking more or less as it did 15 years ago this time we feature a tram from mainland Europe which has not only bee renumbered but also repainted – Berlin 3006/223 006-4.

Starting off on 2nd June 2004 and Berlin 3006 was running in its latter day orange livery – the livery it was painted in when converted to the Access Tram at Crich – and was also carrying the number which corresponded to this part of its history, 3006. We capture the orange tram approaching The Red Lion. 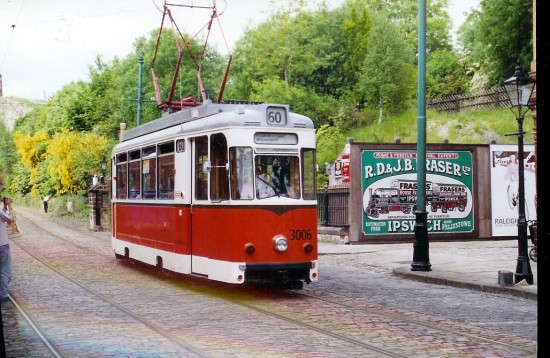 15th July 2019 and 223 006-4 – as it now carries – is seen in the depot yard at Crich returning to the depot. Most days throughout the operational year sees the tram operate two trips – one morning and one afternoon – along the tramway as required for those visitors who are less able to board the traditional trams and on this day it was just on its return after one of these trips. As well as carrying a different number the tram is now in the cream and black livery. 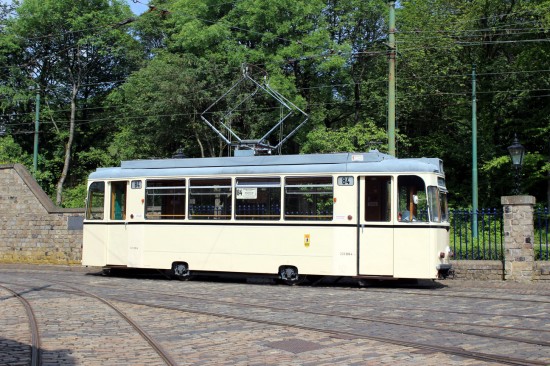