In Pictures: An interloper in the tram depot at Beamish

You get rid of one set of squatters and then another one turns up! That’s how it is in the tram depot at Beamish with the buses now having left the building for their all new garage but the Steam Elephant from the Pockerley Waggonway has now turned up for a visit with it being positioned at the very rear of the depot. It has taken the place formerly occupied by Gateshead 52 which itself has been moved to the front of road 1, its first move for quite some time and allowing its condition to be seen in more detail.

Thursday 14th November was another busy day at Beamish with yet more coach parties visiting (including students from Germany) and two trams were in service: Sunderland 16 and Sheffield 264. With mixed weather (a heavy shower and a hail storm included) the trams were either full and standing or empty as visitors took advantage of the pleasant autumnal weather. A third tram was also out on the mainline with Oporto 196 in use for driver training. 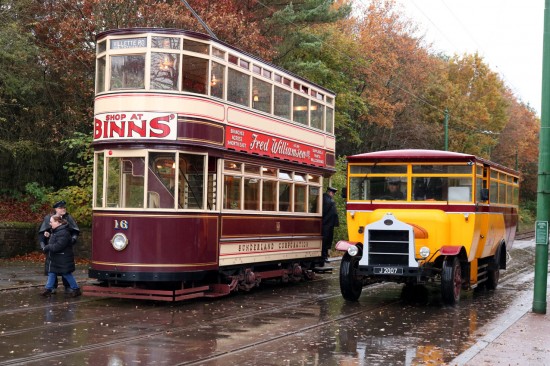 Sunderland 16 meets up with access bus J2007 at the entrance. 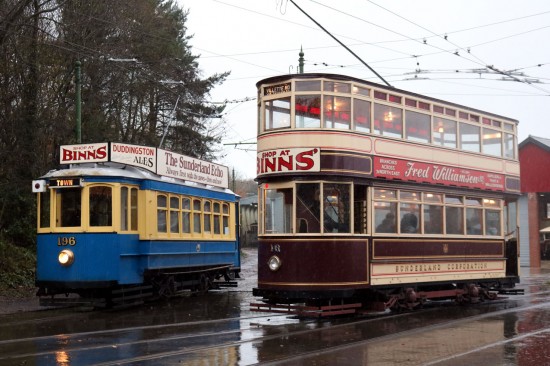 As 16 continues its circuit Oporto 196 is just seen leaving the depot for a spot of driver training. 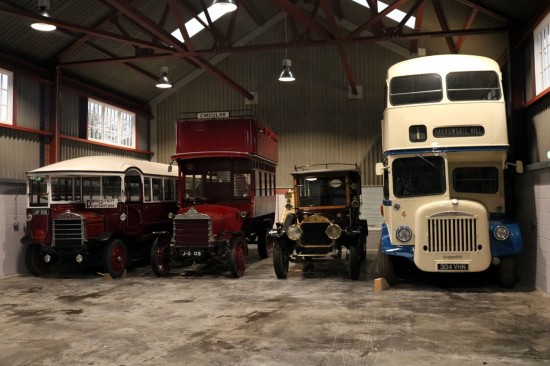 A peek into the new bus garage now home to several vehicles. 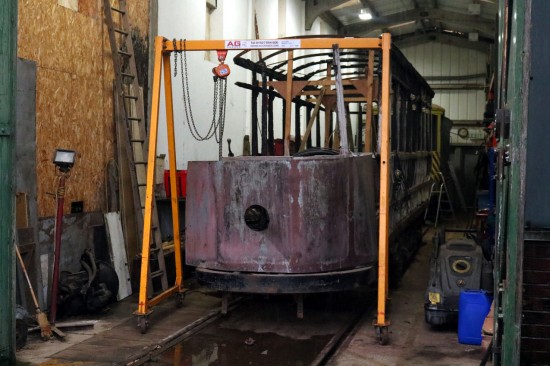 A view on road 1 of the tram depot where Gateshead 52 is now at the front with Oporto 65 behind (now back at ground level). 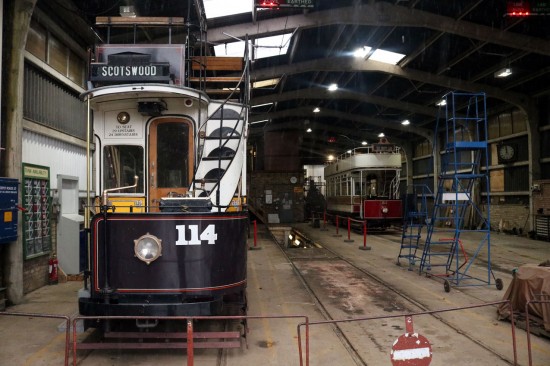 Back in the main tram depot and Newcastle 114 and Blackpool 31 are joined by Steam Elephant seen at the very rear behind 31. 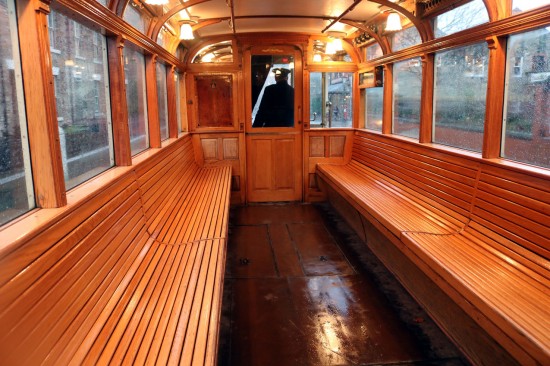 The lower deck interior of Sunderland 16 as the rain falls outside. (All Photographs by Trevor Hall, 14th November 2019)