In Pictures: The rainbow fades on Metrolink

Posted on Wednesday 13 November 2019 by Gareth Prior

Each year at the end of August Manchester Metrolink decorate some of their trams to celebrate the city’s Pride event under the banner of #RainbowTram. But now as we are in November the rainbow has faded (in truth it failed last month) and those trams which had received the rainbow spots and rainbow stripes on the ends are back into standard fleet livery, including 3118 as seen in the below photo. 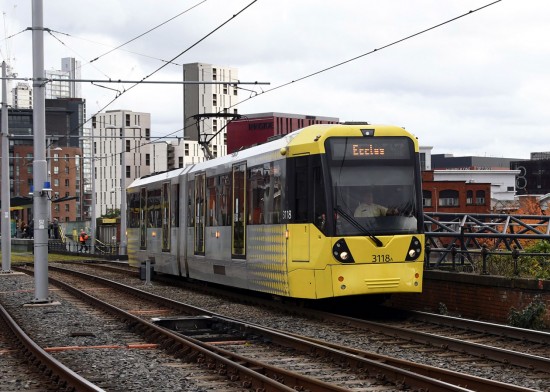