Around the World in Trams: Zurich 2034

Posted on Sunday 13 October 2019 by Gareth Prior

As we continue our random trips around the world for this photo series we end up in Zurich for a photo taken some 10 years ago.

Trams have been running in Zurich since 1882 with the system metre gauge with the network totalling 45.3 miles (72.9km) and although primarily a modern tram system the Zurich Tram Museum does operate on the tracks the last weekend of each month.

In this photo we see 2034 at the Bellevue stop working a route 15 service to Bucheggplatz. The tram was part of a batch of trams built by Schlieren/Schindler in 1976-8, known as Tram 2000. 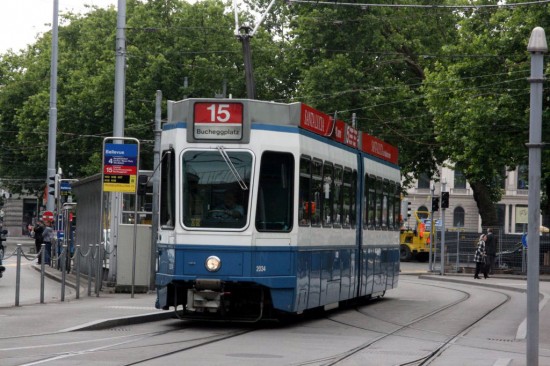