There are now three of the 15 strong class of Nottingham Express Transit’s Bombardier Incentro trams which have gone through their second refurbishment and have returned to service sporting the revised livery, along with the mechanical overhaul and internal changes. 203, 204 and 205 have all been treated so far with the remaining 12 trams to also enjoy this work over the coming months – it was originally stated it would be completed by the end of the year but the speed in which these first few have been done may suggest it will be a little longer before all are done.

As we reported at the time of the launch of the first tram this is a £3.5 million project to fully refresh all the Incentro trams with the floors and all interior fitting being replaced. The interior is also receiving a revised layout to try and standardise this as far as possible with the Citadis trams making it easier for those with access problems to feel their way around the trams. It is also hoped that the work will improve reliability of these trams. 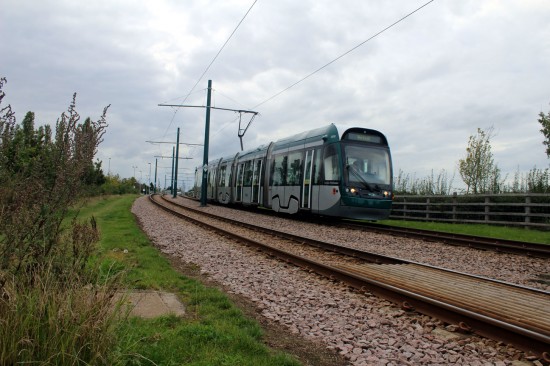 203 leaves behind Toton Lane as it sets off for Hucknall on 23rd September. 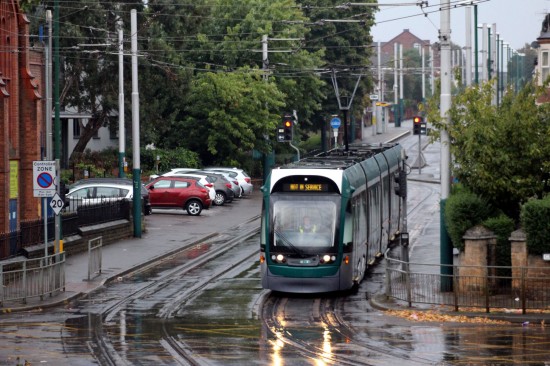 This view shows 204 approaching The Forest on 22nd September running out of service towards the city. 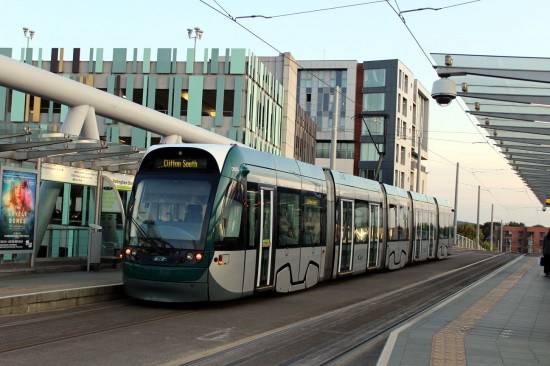 205 is seen here at Nottingham Station on 21st September when working to Clifton South. (All Photographs by Gareth Prior)