Around the World in Trams: Toden Arakawa 8806

A trip out to Japan for today’s edition of our worldwide tram series.

We are in the Japanese capital city of Tokyo for this view, a city which once had a vast tram system like many cities around the world. The system was shrunk until just one line worthy of the title was left – the 14km long Toden Arakawa line. This follows a route around the north of the inner city area away from the tourist areas and gives an oasis in this teeming city. It is operated by a fleet of very frequently running single cars most of which are modern as seen by car 8806 in this view which is rounding a sharp curve at Otsuku Eki Mae on 18th March 2017. The tram was built in 2011 by Alna Sharyo. 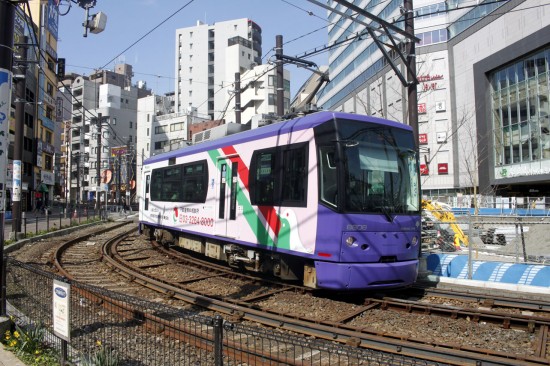