In Pictures: Cornbrook receives a makeover

As part of the continued improvement of the Manchester Metrolink some of the busier stops are enjoying a makeover with Shudehill having already gone through this work. Attention has now turned towards the important interchange at Cornbrook which, because of its vital role allowing passengers to change between routes, will not see an extended closure over a number of weeks as per Shudehill. Included amongst the works will be an extended and enhanced canopy roof providing a better waiting environment for passengers. In the recent closure of the line (the weekend of 20th/21st September) a start was made on the preparation work for the new canopies as seen in the below photos from Steve Hyde. 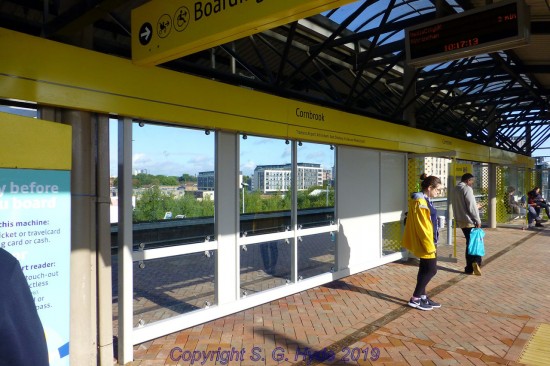 The current stop at Cornbrook is seen to good effect here with the canopy in evidence. 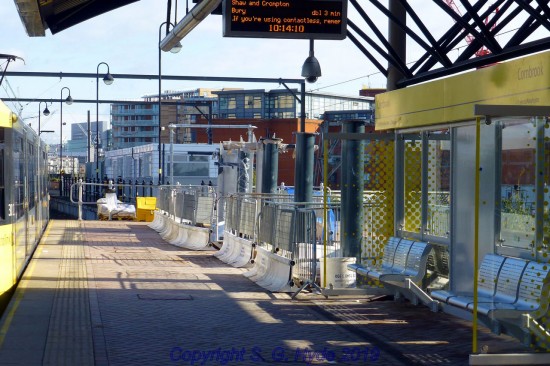 At the city end of the stop where preparation works are underway for the new extended canopy to be installed. 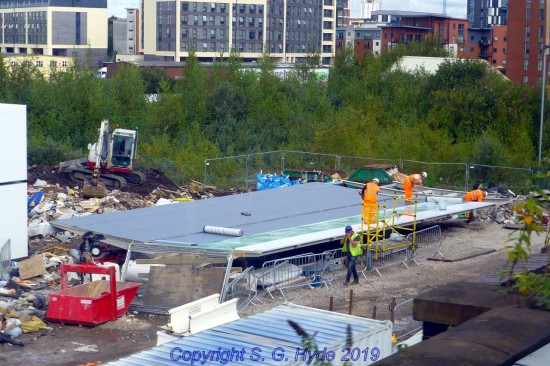 And here is the new canopy being prepared ahead of its installation at the stop. (All Photographs by Steve Hyde, 24th September 2019)