With East Midlands Trains being no more and replaced by East Midlands Railway on Sunday 18th August, Stagecoach Supertram have wasted no time in removing the advertising vinyls from its former company stablemate with 109 being spotted once more at the depot in the standard fleet livery.

109 only received the advert back in May this year and at that time it had become the fourth tram in the fleet to advertise East Midlands Trains, which was operated by Stagecoach as is Supertram of course so presumably there were some “mates rates” going on! But with Abellio now running the newly named franchise it was very swift end to this attractive advert.

With 109 back in fleet livery it leaves just the three adverts – 111 and 118 both carry Pretty Little Thing.com designs with 116 advertising XPO Logistics. 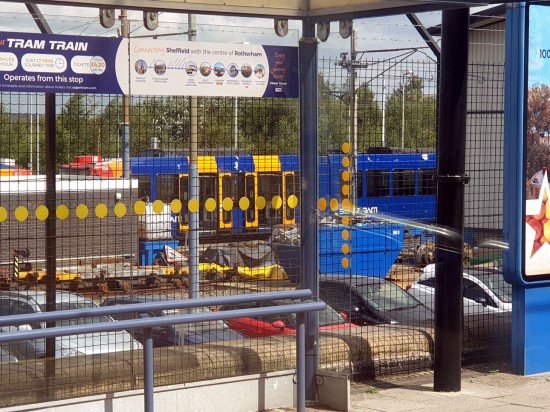 109 with vinyls removed is seen here at the depot through the shelter at Nunnery Square tramstop. 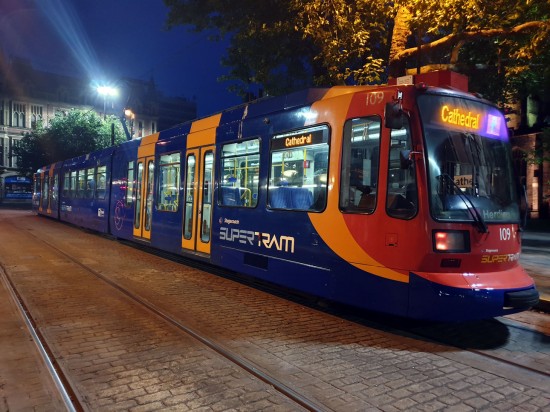 109 back in service on 20th August in fleet livery, seen at Cathedral on the Purple route. (Both Photographs by Ryan Hartley)