Posted on Thursday 8 August 2019 by Gareth Prior

Following on from last week’s image of Seaton Tramway 14 under restoration this week we take a look at some unrestored tram bodies outside the depot.

This photo was again taken in 1980 when as well as no. 14 – as it would become – being in an advanced state of restoration on the other side there were two additional tram bodies waiting for their chance to become trams again – even if it was at a different gauge to that they were originally built for. One of these bodies may be Bournemouth 106 which would become no. 16 in the Seaton fleet but the other one is unidentified and would have been too early for the third of the trio of first generation trams converted for use at Seaton – Exeter Corporation Tramways no. 19. 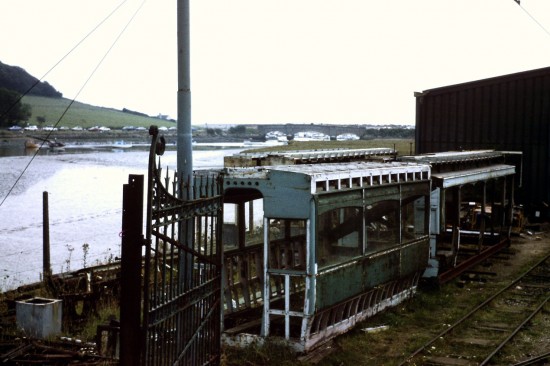