Posted on Sunday 9 June 2019 by Gareth Prior

Tram rails in Sheffield has been in the news over the past few months with the latest phase of the major rail replacement project on the Supertram network but there is more tram track in Sheffield – track which hasn’t been used for almost 60 years!

With roadworks taking place on Blonk Street to return this to a two way street with nearby Castlegate being pedestrianised some rails have been unearthed. As with many other towns and cities across the UK when original tram systems were abandoned the easiest thing to do was rather than remove the rails to put the road surface over the top and once again at this location that is what happened. Although these rails were not part of the final routes still running on the last day of 8th October 1960 they were still in use as they were part of the access to Queens Road and trams terminating in the city centre. 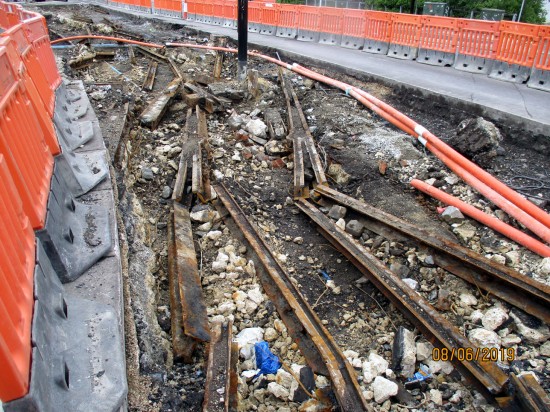 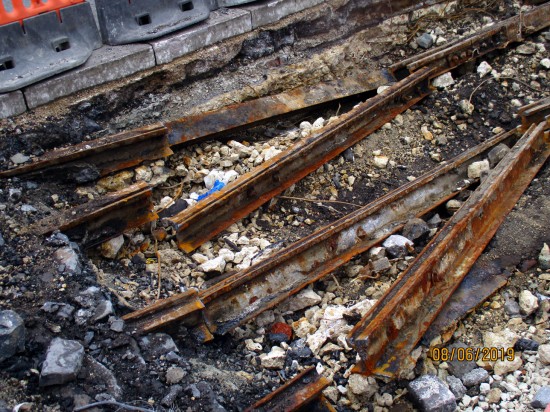 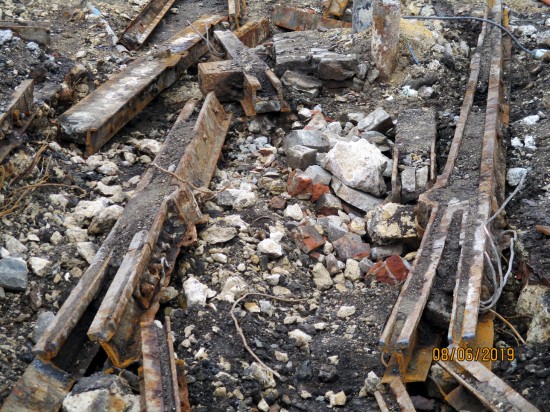