Posted on Saturday 1 June 2019 by Gareth Prior

Across the Irish Sea for the start of a few images from Dublin’s Luas system today as Picture in Time continues.

In this photo we see 3005, a Alstom Citadis 301 built in 2003/4 for the opening of the system. Initially built as three section trams – as seen here – they were soon extended to become five section trams. 3005 is seen running from Abbey Street Lower to Beresford Place with a service from Tallaght to Connolly under the railway bridge carrying the Dart suburban lines. The date is 5th October 2004. 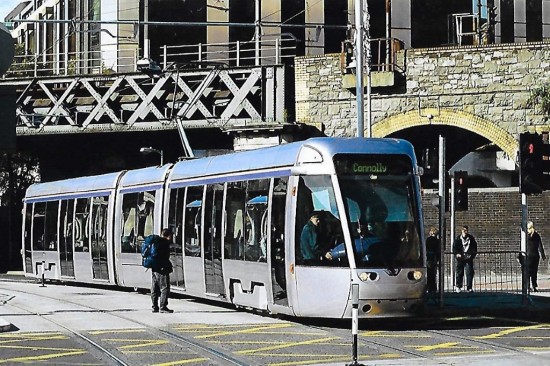