Around the World in Trams: Den Haag 1024

Posted on Sunday 22 September 2019 by Gareth Prior

We stay in Amsterdam for this week’s overseas tram image but show a tram from elsewhere in the Netherlands, Den Haag to be precise.

We take a look at the Electrische Museumtramlijn Amsterdam in this edition with Den Haag PCC 1024 the tram featured. Built in 1952 this tram ran in passenger service until 1981 when withdrawal came and it was ultimately preserved. A lengthy restoration followed and 1024 returned to service on the museum line in 2006 where it can still be found today.

In this view taken on 4th June 2019 the tram is on driver training as it approaches the depot. 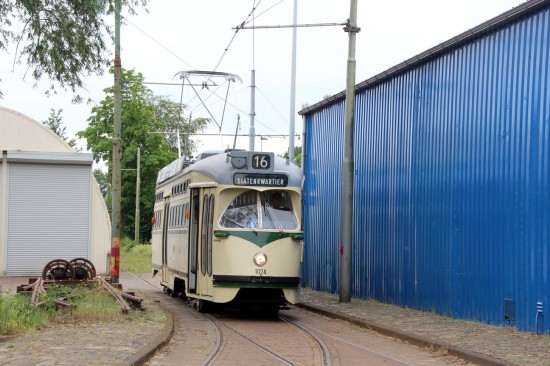