This week as we continue our look into the archives we feature a tram now part of the national collection at Crich – it is Bournemouth 85.

Bournemouth 85 – built in 1914 – remained in service on its home system until closure in 1936 at which point it was sold on for further use on the Llandudno and Colwyn Bay Electric Railway. Numbered 6 in the fleet in North Wales it stayed operational until closure followed here in 1956 and it was one of the lucky ones being purchased for preservation. It was soon presented to the Museum of British Transport in Clapham where it was on public display from 1961 (as Llandudno 6) until that museum closed. By now owned by the Science Museum the tram remained in storage until it was loaned to a group in Bournemouth who undertook the task of restoring it back to its original condition. It was put on display at Bournemouth’s Transport Museum in the old Mallard Road Depot before moving to the Museum of Electricity between 1993 and 2012. After this museum closed (the third museum the tram had been displayed at which closed!) it remained in situ until being moved into the national collection and moving to Crich in 2017.

Both of these photos were taken in July 1981 at Mallard Road Depot when Bournemouth’s historic collection of buses and trolleybuses were kept there. This first image shows the front of the tram. 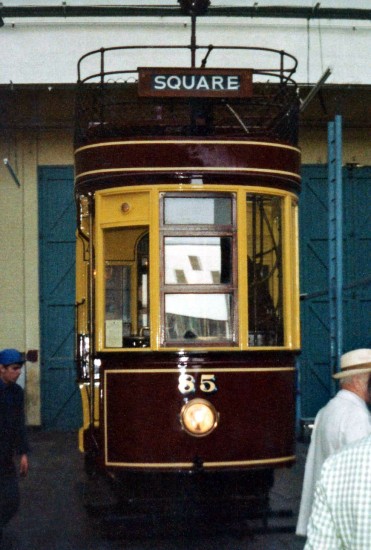 And this second photo is of the top deck of 85. 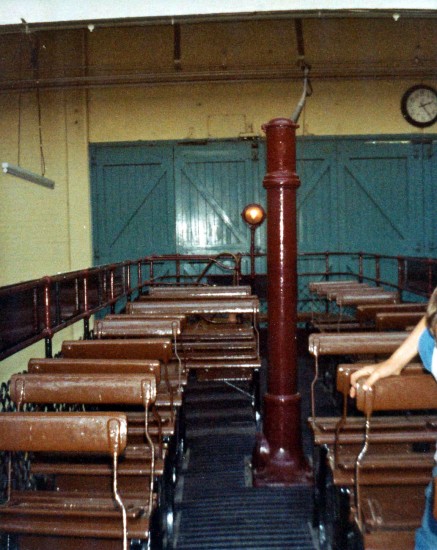