In Pictures: Photo Charter on the Isle of Man

At the end of April and start of May there was a David Williams Photo Charter on the Isle of Man giving opportunities for staged photography of the island’s railways and tramways. Whilst it was mainly centred on the Steam Railway there were also two hires on the Manx Electric Railway allowing the chance for some photos of unusual trams in unusual locations. David Mee was on the island for the charters and has provided us with the following images of the MER.

The two hires on the Manx Electric Railway took place in differing weather conditions. The first hire was Crossbench 32 and Tower Wagon 1 with this charter taking place in cloudy weather conditions on 30th April. Then a couple of days later on 2nd May the sun came out as Ratchet Car 14 was used showing off the best of the Isle of Man. 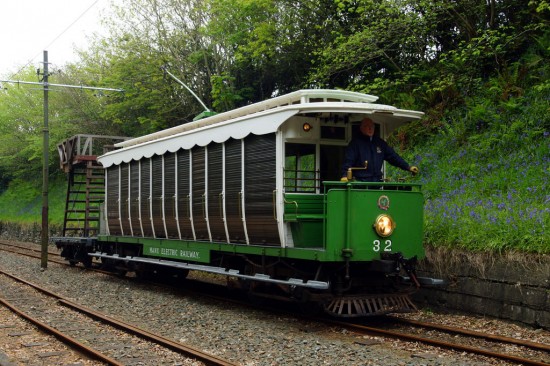 The shutters are down on the 32 as it poses along with the Tower Wagon for photos. The bluebells are also in full bloom on the bank adding to the stunning scene. 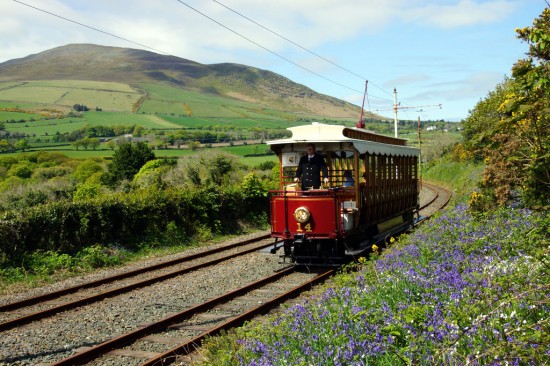 Does it get much better than this? The sun is shining, the bluebells are out and current Tram of the Year Ratchet Car 14 is posing for photos. 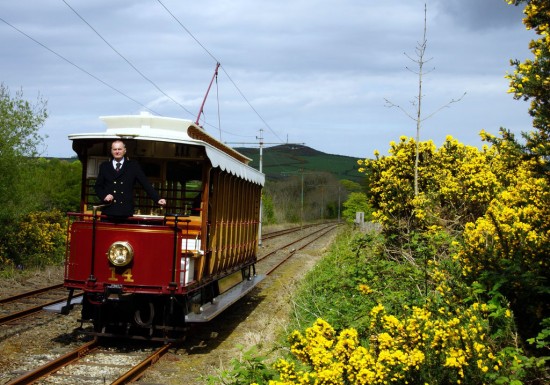 Another look at 14 during the Photo Charter. 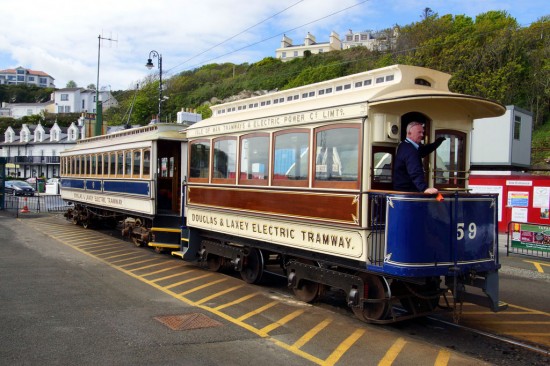 A few days after the charters were over on the MER and we are back at Derby Castle on 5th May where blue pair Tunnel Car 7 and Trailer 59 are captured as they prepare to head back to the sheds. (All Photographs by David Mee)