For the next few weeks we head back to the last year of the traditional Blackpool Tramway before the full upgrade was in place. It was a year which was far from the glory days of years gone by but was still a key part of the history of the tramway.

This week we feature Brush Railcoach 631 which at the time was in an all over advert for Walls Ice Cream. This advert had been applied in 2007 – the fourth design on this tram over the years – and is a historic one as it was to be the last new advert added to a Brush Car. The advert would remain in situ until 2012 (with the tram being regularly used on the heritage tram service that year with the vinyls starting to be removed giving a scruffy looking tram). The tram is now in a far more appropriate green and cream livery and is a regular member of the Heritage Tram fleet.

In both of the below images we see 631 at either end of Little Bispham loop whilst operating a service from and to Pleasure Beach. In 2011 this was the entire length of the Blackpool Tramway which was available for trams to run on. 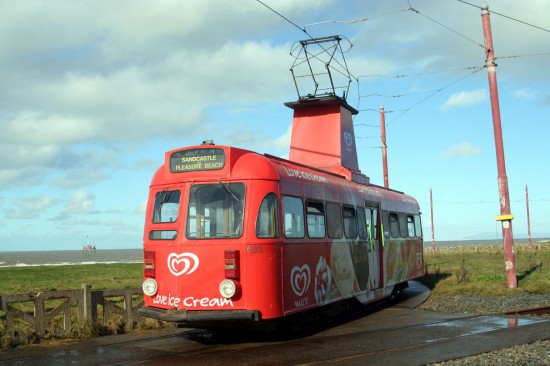 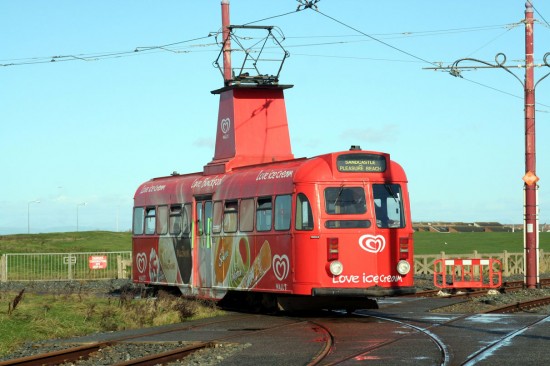