In Pictures: Easter Saturday at Beamish

Seven days previously Beamish was a tad chilly but fast forward a week to Easter Saturday, 20th April, and with warm and sunny weather across most of the British Isles it was a very different story for visitors to the museum. Whereas at the previous weeks Great North Steam Fair the open toppers were out as a necessity to provide as much capacity as possible this time around not only were they fulfilling that purpose but also the fact that it was just the weather for an open top tram ride! Blackpool 31 and Newcastle 114 were joined by the two loanee trams, Blackpool & Fleetwood 40 and Manchester 765, in a four tram service which included the benefit of seeing trams running both clockwise and anti-clockwise giving extra photographic opportunities. Trevor Hall paid a visit and has shared the following images with us. 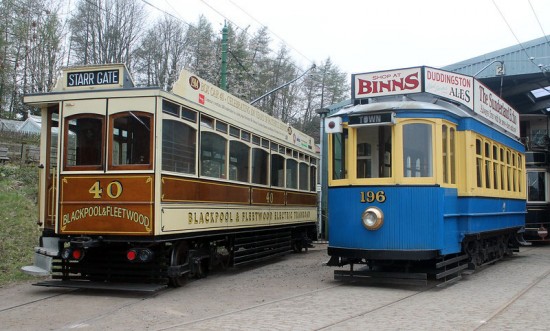 Poor old Oporto 196. Not only has its use reduced recently it is also confined to being stabled outside with a lack of capacity in the tram depot with the two visitors currently ensconced. In this view we see Blackpool & Fleetwood 40 stabled alongside. 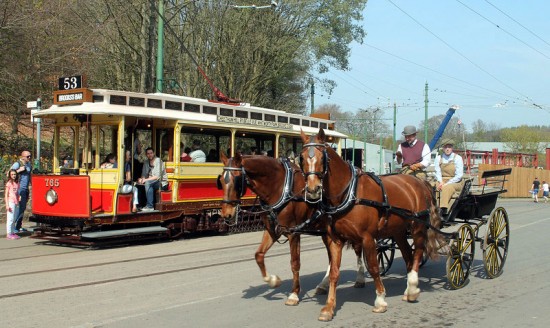 A horse and cart trots past Manchester 765 at Foulbridge with the Manchester tram running on the clockwise circuit. Horses will take centre stage at Beamish on 28th and 29th April for the Horses at Work event. In the background the structure of the new bus depot is starting to take shape. 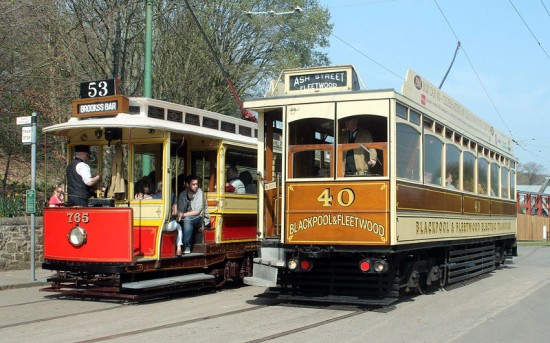 It’s the shot we’ve all wanted! Manchester 765 and Blackpool & Fleetwood 40 alongside each other at Foulbridge. 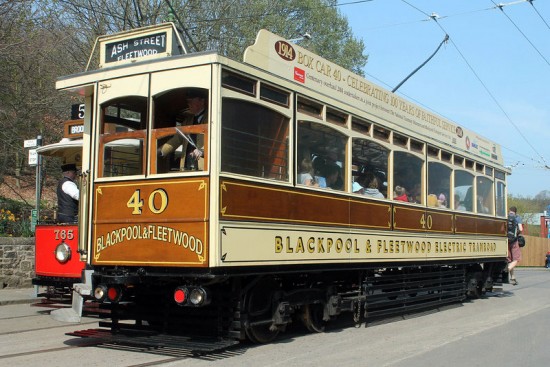 Another view of the two trams as 40 has just pulled forward a bit further. 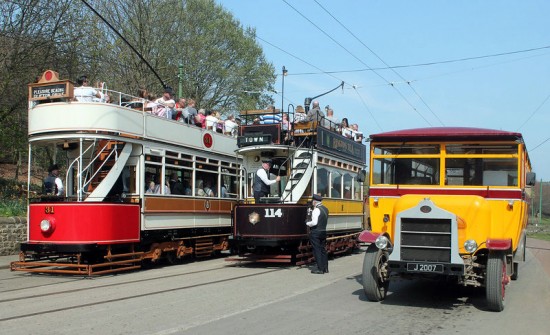 The two open toppers proved to be very popular but that does cause delays to the service as visitors attempt to get on and off the trams. In this view we see Blackpool 31 – now without its Circular Tour boards again – and Newcastle 114 at Fouldbridge. They are joined by Access Bus J2007. 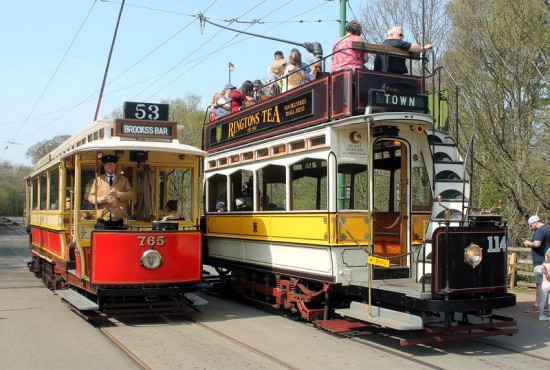 Manchester 765 meets up with Newcastle 114 at the Entrance. 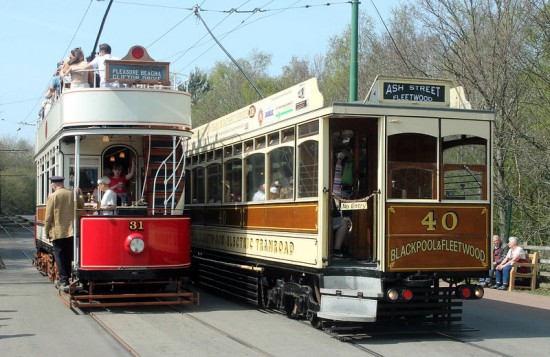 Two Blackpool trams meet at the Entrance. Box 40 is on the anti-clockwise circuit with Marton 31 heading in the opposite direction. (All Photographs by Trevor Hall, 20th April 2019)