Posted on Saturday 20 April 2019 by Gareth Prior

One final visit to Sheffield for the time being as our look into the past sees another of the original Siemens-Duewag trams in action.

This is 114 which is one of 25 trams built for the opening of the South Yorkshire Supertram system in 1994. At the time of its introduction it was in a grey based livery but following on from Stagecoach gaining control of the system in 1997 it soon received the new house colours of white with orange, red and blue stripes. And it is that livery that we see the tram in when captured at Cathedral on 7th April 1999. 114 is on a Yellow route service from Meadowhall to Middlewood. 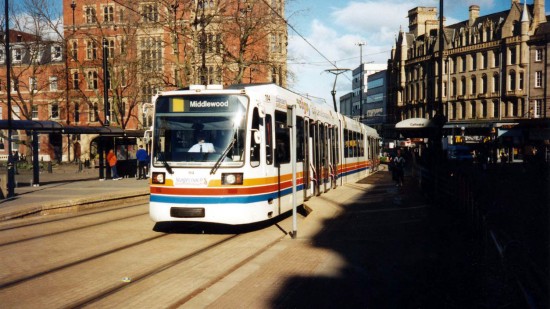