In Pictures: Work gets underway on expansion of East Anglia Transport Museum

The East Suffolk Light Railway is a short railway line of 2’ gauge and currently terminates within view of the woodland tramway and a short distance from the tramway siding. In order to extend this line a flat crossing needs to be constructed with the existing siding to allow both to be used and it is this section which is currently under attention.

As the project to expand the museum continues attention will turn towards the newly acquired land which will include the extension to the tramway with work on this section expected to start later this year. It certainly looks like being an exciting time in East Anglia!

* Away from the trams and the railway the weekend of 11th and 12th May will see Hastings Tramways trolleybus no. 34 in operation at the museum along with Guy trolleybus “Happy Harold” which left Hastings for Carlton Colville earlier this week. 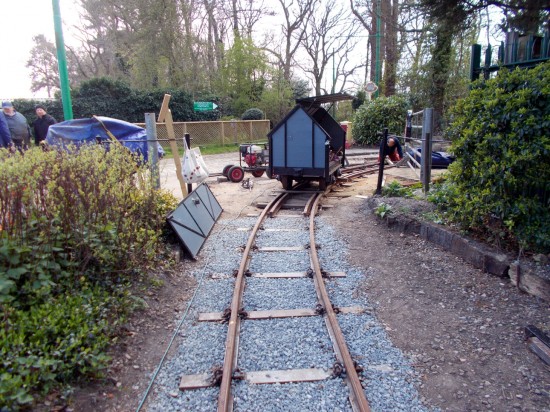 Seen here is work on extending the East Suffolk Light Railway with the tramway seen in the background heading into the woods. 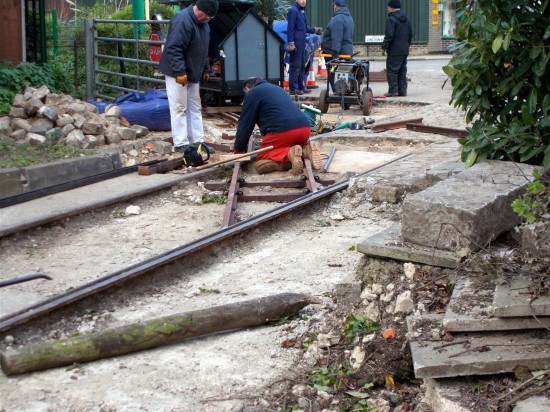 The tramway siding is seen in the foreground here as the flat crossing of the East Suffolk Light Railway is being installed. (Both Photographs by Tim Major)