The final Blackpool Winter Gold event before the full 2019 season gets underway took place over the weekend of Saturday 23rd and Sunday 24th March with the standard Winter intensive timetable in operation including trams running between Starr Gate and Fleetwood. With the sun once again shining and all the trams running to Fleetwood at least once in the day another excellent event was enjoyed by Trevor Hall.

On Saturday 23rd March seven different trams ran in service with Centenary 648 only managing a couple of trips before it had to be taken out of use and it was replaced by Balloon 717. Also in action were Standard 147, Boat 600, Brush 621, Balloon 713 and Balloon 715 whilst Balloon 711 was in its usual position as the Shop Tram on the passing loop at North Pier/Tower. 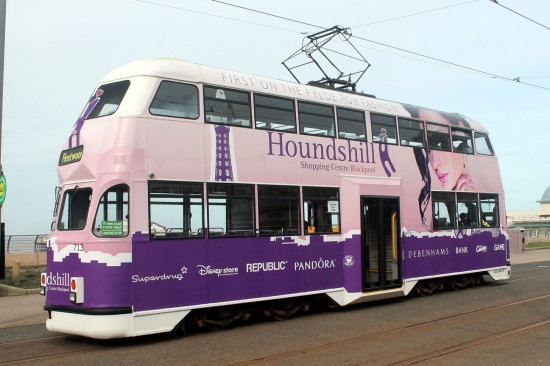 At the start of the day – and before the Shop Tram had left depot – “B” fleet Balloon 713 waits at North Pier/Tower where it will work the first service of the day to Fleetwood. 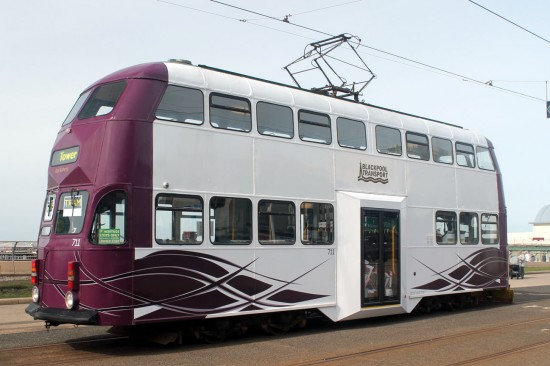 After returning from Fleetwood on 713, fellow “B” fleeter, Balloon 711 was in situ at North Pier/Tower as the Shop Tram. 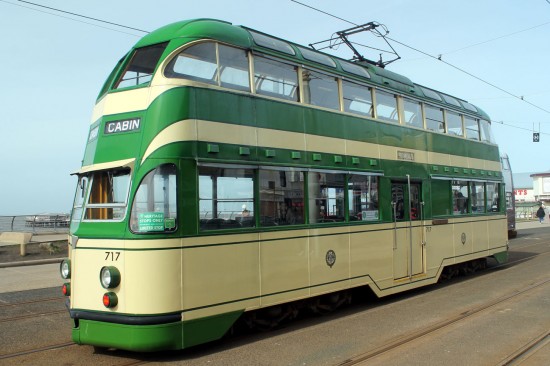 The replacement for Centenary 648, Balloon 717 is caught at North Pier/Tower running through to Cabin. 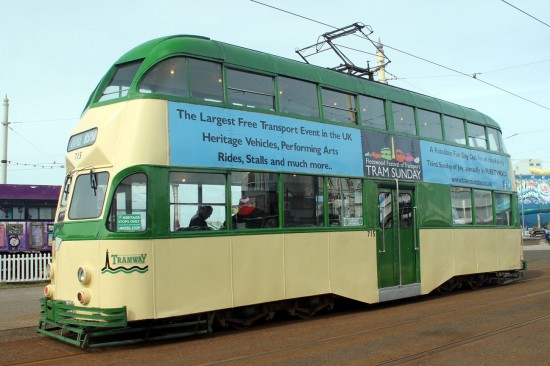 Balloon 715 pauses on the mainline at Pleasure Beach working north to Little Bispham. 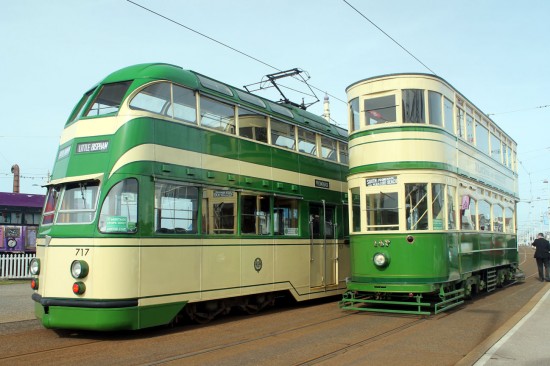 Staying at Pleasure Beach and we see Balloon 717 and Standard 147 passing. 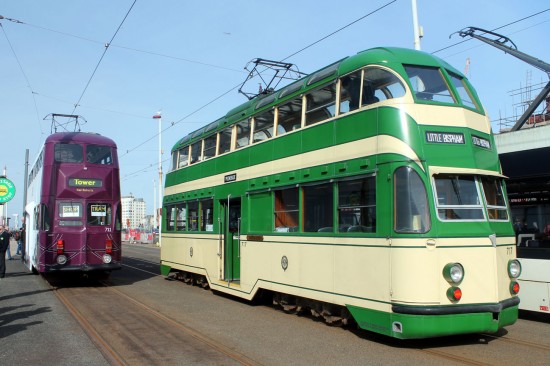 Back at North Pier/Tower and with the continued presence of 711 we see 717 off north to Little Bispham. 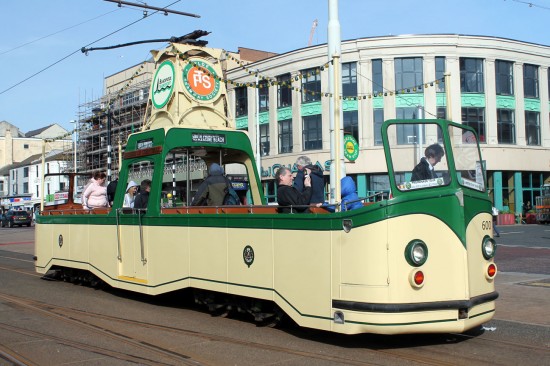 It may still be March but there’s still plenty of excuse for some Boating along the Prom! 600 at North Pier/Tower. 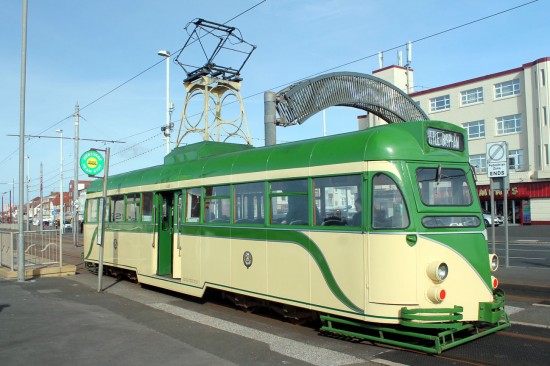 Sparkling in the sunshine at Bispham is Brush 621. The tram is off to Little Bispham. 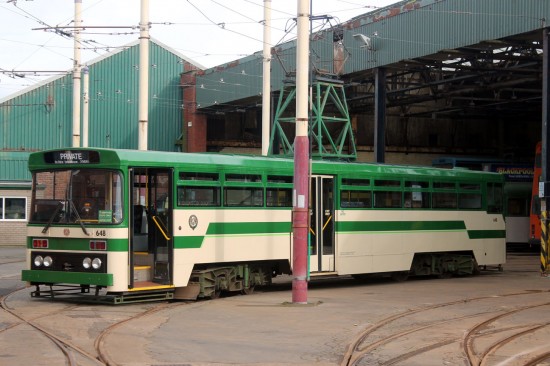 It may have failed earlier in the day but in this view we see Centenary 648 on the depot fan. Brush 632 and Jubilee 761 can also just be seen behind the tram. 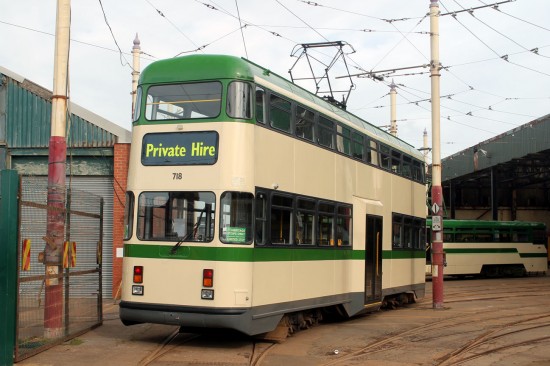 Not used in service on the day but stabled outside the depot for some of the day was rebuilt Balloon 718. It is seen here heading back into Rigby Road. (All Photographs by Trevor Hall, 23rd March 2019)