Posted on Thursday 14 March 2019 by Gareth Prior

Another of the trams converted for operation on the Seaton Tramway from an original first generation tramway is no. 19 – which started off life on the local Exeter Corporation Tramways system.

Initially built by UEC in 1906 as an Open Topper the tram was renumbered as 21 in 1929 before it was withdrawn as the system in Exeter closed on 19th August 1931. Sold on for further use the remains of the tram were found in Rewe and rescued in 1984 by the Mid Devon Tramway Preservation Society. With that group unable to restore the tram it was moved on and finally donated to Seaton in 1994. Restoration in a similar style to 14 and 16 soon followed and it re-entered service as 19 in 1998 and has remained active for the 20+ years since.

This first of two photos taken in 2003 shows 19 at the Seaton terminus waiting to head north back along the line. 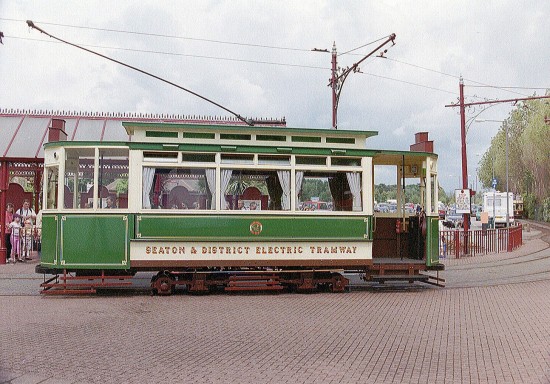 Another view of a similar scene where we can see 19 is heading back to the depot – possibly for behind the scenes tours – whilst we can also see Works Cars 02 and 01 in the siding and Crossbench 17 is also visible to the left. 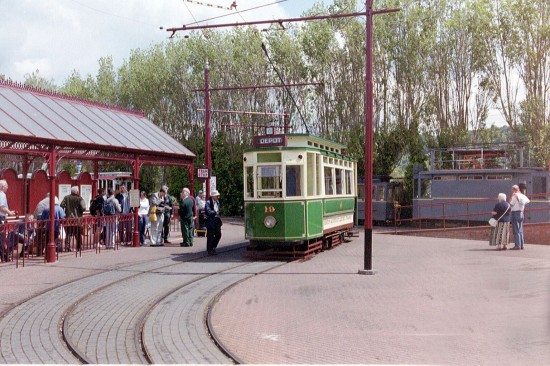