As expected West Midlands Metro is now home to two trams carrying adverts for Just Eat with 18 returning to action carrying identical vinyls to those already seen on 21. The tram becomes the third tram on the system to carry adverts with new blue ends also applied and means that the UK has now seen five different trams advertise this company. 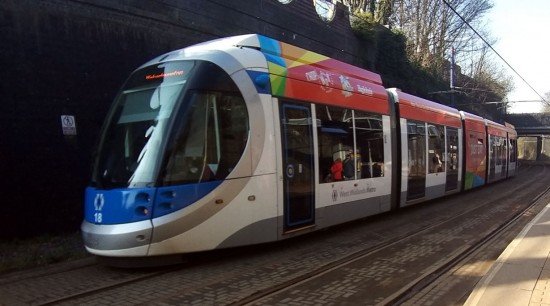 18 pulls away from Bilston Central (passing the Birmingham bound stop) with a service to Wolverhampton St George’s showing off its new Just Eat advert. 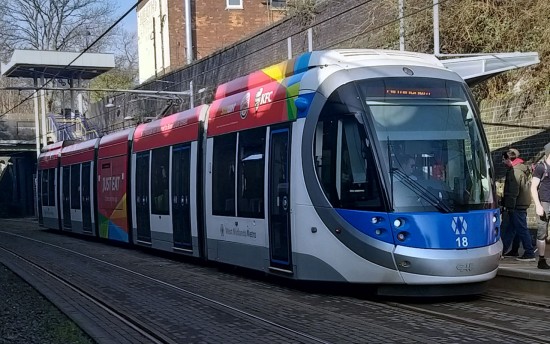 Another view of 18 at Bilston Central. This time the tram is returning to Grand Central. (Photographs x2 by Mark Cufflin, 23rd February 2019) 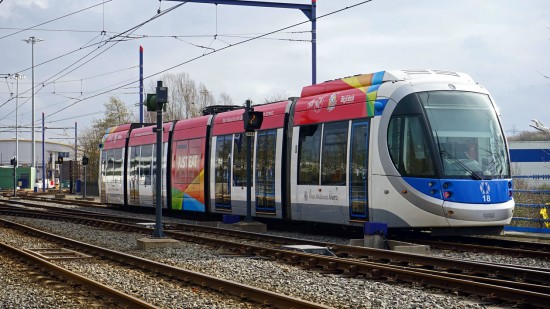 Before entering service in its new livery 18 was noted shunting around the depot complete with vinyls fully in place. Here we see it coming to the shunt end just outside the depot. (Photograph by Andy Walters, 20th February 2019)