Blackpool Boat car 227 was re-launched into service on the morning of Thursday 25th October, following completion of extensive overhaul and conservation work. The tram has been named ‘Charlie Cairoli’, honouring the legendary star of the world famous Blackpool Tower Circus for a period of more than four decades.

As has been reported previously, 227 has received an extensive interior makeover, with its wooden seating overhauled and stripped back to bare wood, before being re-varnished to restore a more traditional appearance. The tram has also been adorned with festoon lights, and the fenders have been re-chromed. In addition, 227 was completely re-wired and other work undertaken to assure it a bright future in Blackpool’s operational heritage tram fleet for many more years to come.

One of the worst kept secrets in tramway world has been the plan to name 227 ‘Charlie Cairoli’ as a tribute to the most famous star of the Tower circus. Names have been applied beside the folding platform doors on both sides, although unlike sister car 230 these have simply been stuck on the tram, with no wooden boards affixed. Two circular discs bearing pictures of the much-loved circus performer have been fitted in the side of the car’s trolley tower. This means that all three Boat cars still in Blackpool have now been named, and with its cheerful cream and red livery, the clown name seems to suit 227 especially well!

227 was launched at a short ceremony held near North Pier on 25th October, with members of the Blackpool Civic Trust who assisted with the restoration work present, as well as Charlie Cairoli Jnr. who proudly unveiled his father’s name on the tram. A ride to Bispham for the invited guests, and a few lucky enthusiasts, followed, marking the tram’s first passenger-carrying run for over two years. It was then pressed into normal public service the following day, when it ran alongside 600 – again, the first time that two Boats had run together on their home tramway for two years.

Although it is a great pity that the work on 227 was not completed earlier and that just one open tram has been available for use over the summer season, its return to traffic is certainly most welcome and it will no doubt be a fantastic addition to the fleet again next year! 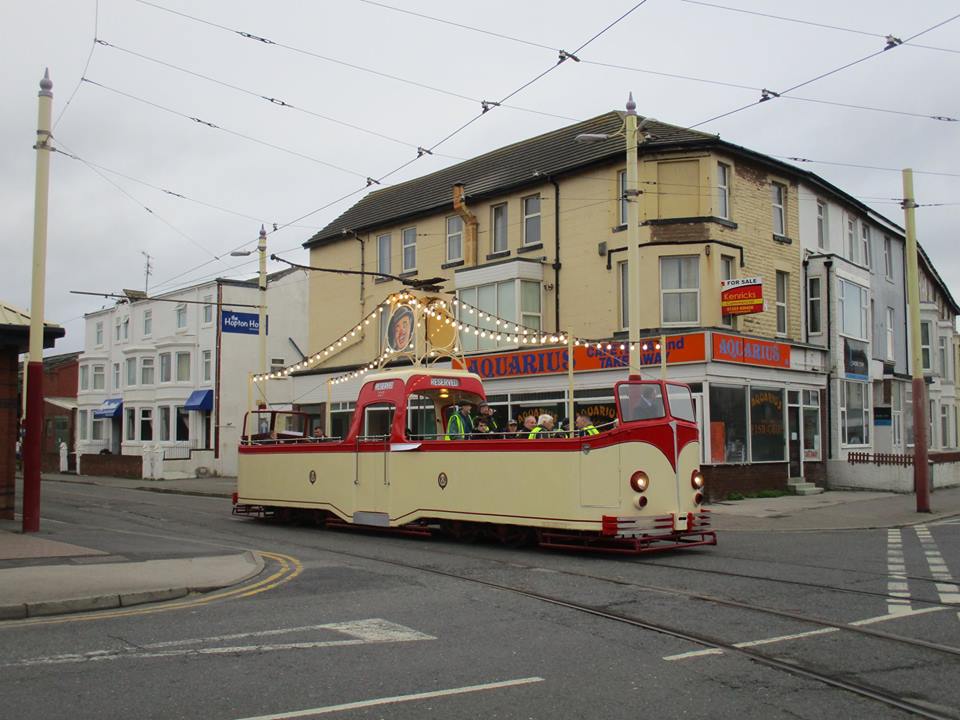 227 head for the prom as it leaves the depot for its launch event on 25th October, with Civic Trust members already on board. (Photo by Rob Bray) 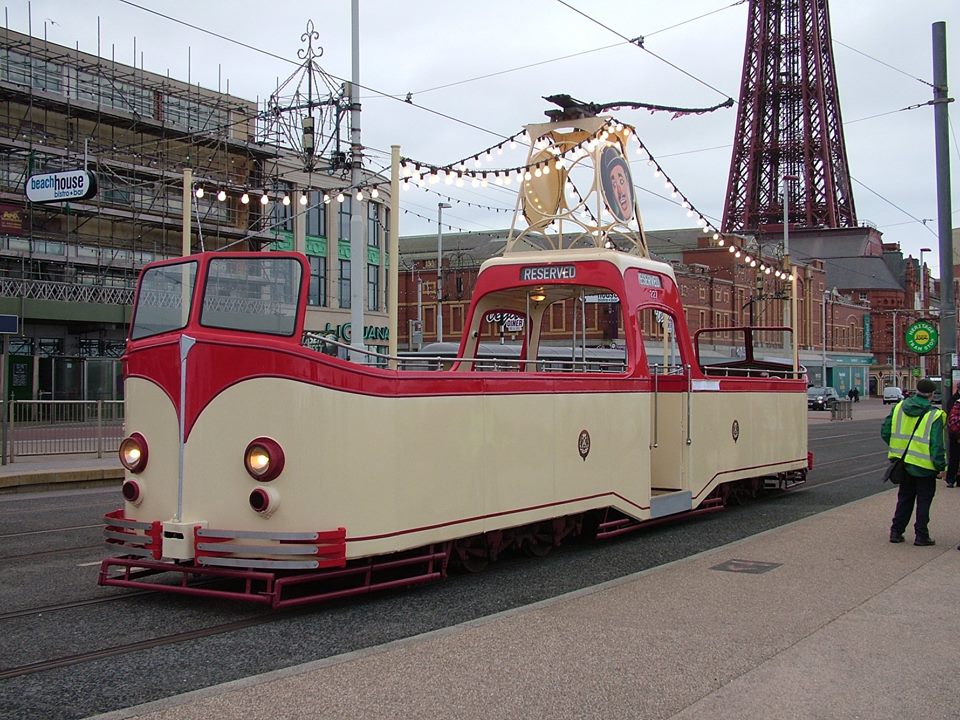 227 on the passing loop just south of North Pier showing off its new roundels and festoon lights, but with its new name covered up! 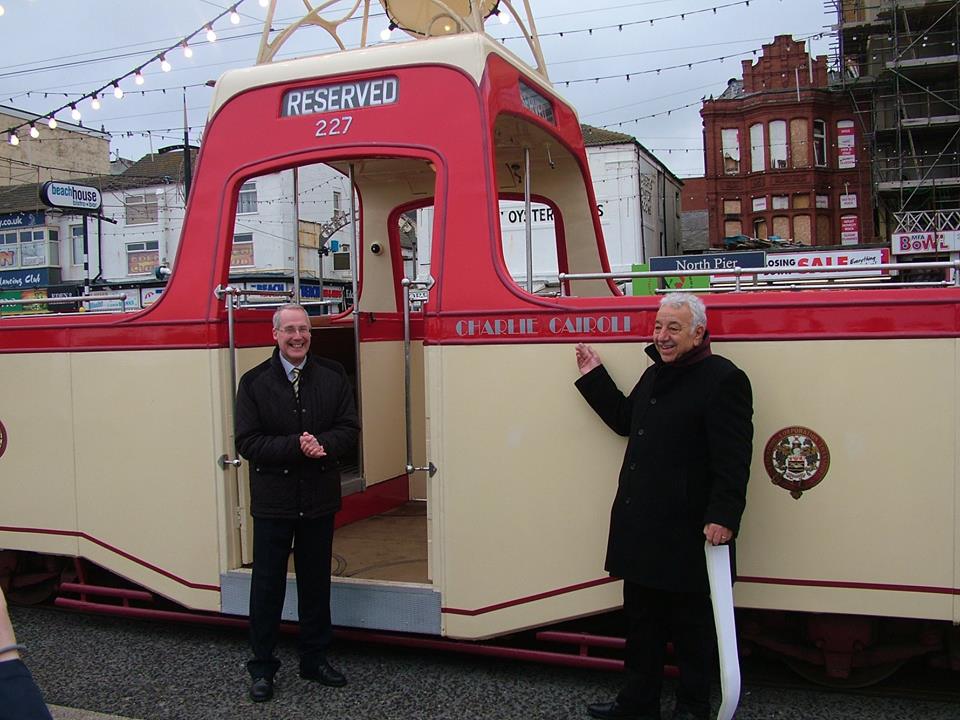